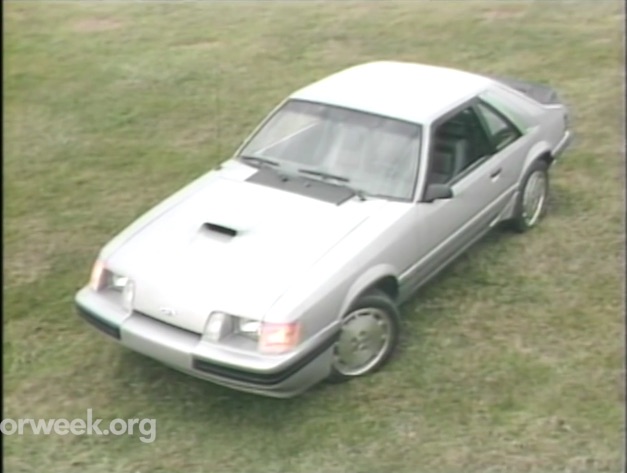 Every now and again there are cars that really do appear ahead of their time and in 1984, the Mustang SVO was that car. Most everyone knows the story of the turbocharged four cylinder car that took the pony car into a much more European direction back then. Today we live in a world of turbo engines that power everything from pickup trucks to yes, Ford Mustangs. Amazingly the engine is the same size today as it was then at 2.3L but there are zero similarities between them technologically or even output wise. The new engine is more powerful but the old engine was certainly no junk pile. It was one heck of a piece for its time.

These guys loved the car and certainly reinforce everything we have ever read about the machines when they hit the market in the middle 1980s. The reduced weight on the nose combined with a more refined and tuned suspension appealed to buyers who were more excited about carving up on-ramps and corners than they were brute accelerative force.

We do have to say that the thing looks weird with the recessed headlights. The flush mounted lights were way better looking on these cars as the other sunken lights look like a weird afterthought or perhaps a design situation that was dictated by what was on the shelf to be used at the time.

These SVO Mustangs were made in relatively small numbers and their value climbs steadily today. We’d love to have one in the garage to pull out for spirited drives. Heck, a side by side comparison with a modern 2.3L turbo Mustang would actually be pretty fun. Hmmm…that gives us an idea.