Video: Watch A 1924 Doble E Steam Car Tear Down The Road And Hit The Trails 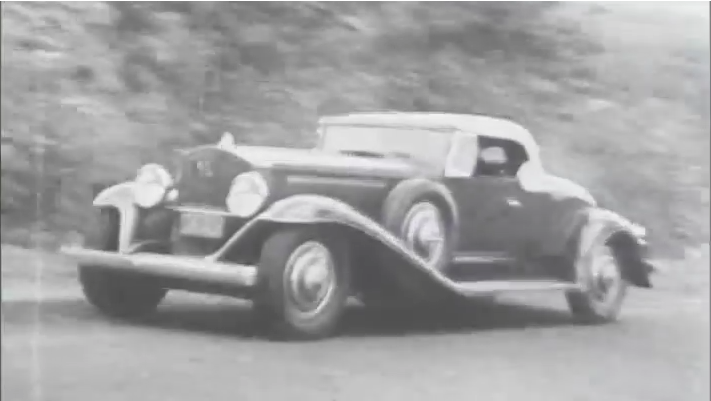 Before the Doble Steam Car company closed their doors in 1931 they had established themselves as the premier makers of steam cars in the world. Unfortunately it was a world that did not want to buy steam cars. Abner Doble was the major operator of the company along with his brothers and between the early 1920s and the early 1930s they produced about 60 cars. Yeah, not too good.

Thankfully their family was rich as their dad was also really smart and had kind of invented the power generating turbine and that paid the Doble family bills for many years. The Doble steam cars were so good because Abner was really, really smart. An MIT educated engineer, he applied so many interesting and revolutionary ideas to steam cars that if he had been at little bit better at business, the company could have made a run. Unfortunately he wasn’t and they did not.

The primary reason? Price. To buy a chassis was $9,500 and then you had to pay for a body and that was basically the same amount. You were $20,000 into this thing during an era when Model Ts were less than $1,000. Then there was the stock market crash, and the few remaining people who could afford one of these luxurious monsters were broke and even they were out at that point.

The coolest things about these cars is that from the moment you say down to when you could drive away was less than a minute. It was self igniting. It did not have a transmission because with an estimated 2,200 lb-ft of torque, why bother? They would haul ass. Reportedly Howard Hughes got one to go like 130mph on a Texas highway. Who knows if that is true but if it is, mother of mercy that is awesome. The cars also had a condenser to recapture recirculate the steam back into usable water.

Jay Leno said it best when he mentioned the fact that the last days of an old technology are always better than the first days of a new technology. The Doble represented the absolute peak of awesome as it could be applied to steam cars. Too bad about the price, though.

2 thoughts on “Video: Watch A 1924 Doble E Steam Car Tear Down The Road And Hit The Trails”