Just Weird Enough: The 1987 Volvo 780 Coupe Was The Start Of A Small Selling Swedish-Italian Experiment 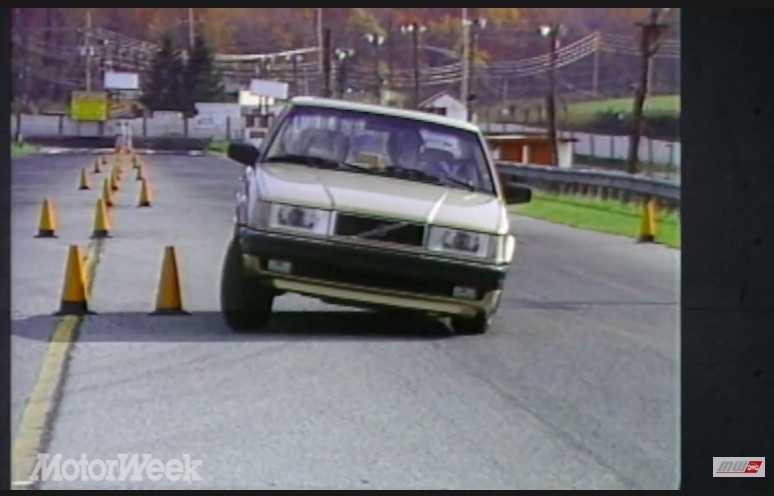 The success of Volvo’s 700 series of cars cannot be denied. Over the course of a decade from the 1980s into the 1990s they sold millions of them all over the world. But there’s one variant that did not add much to the total and kind of stands out as a daring experiment for the brand. That’s the Volvo 780 Coupe and you are about to watch a 1987 video announcing it’s arrival on America shores for consumers. It’s not the fact that the car was a coupe that makes us smile, it’s the fact that the Swedish company called up legendary design house Bertone for help on the design and execution of the car! It just seems like those calls would have been interesting to listen in on.

Anyway, the cars were not bad but they did not do anything particularly well, either. From the paltry 2.8L engine (the same one used in the DeLorean!) which made about 145hp in its 3,400lb gut, to the rather soft suspension as illustrated by the lead photo, the 780 was really aimed at a specific buyer. That could be the reason less than 8,500 of them were sold over the four years it was made.

Lest we question the moral high ground of MotorWeek here, but John Davis’ narration seems a little rosy versus what the pictures say. For instance, watch the moment that Davis talks about rear headroom versus what the guy in the car is actually doing!

A fun video about a weird car. BangShifty.

Spy Video: The C8 Z06 Has Some Amazing Engineering Under It - Exotic Materials, Big Performance? Freak Show: This Video Shows The Weirdest Experimental Aircraft Of The 1920s, 1930s, and Earlier!