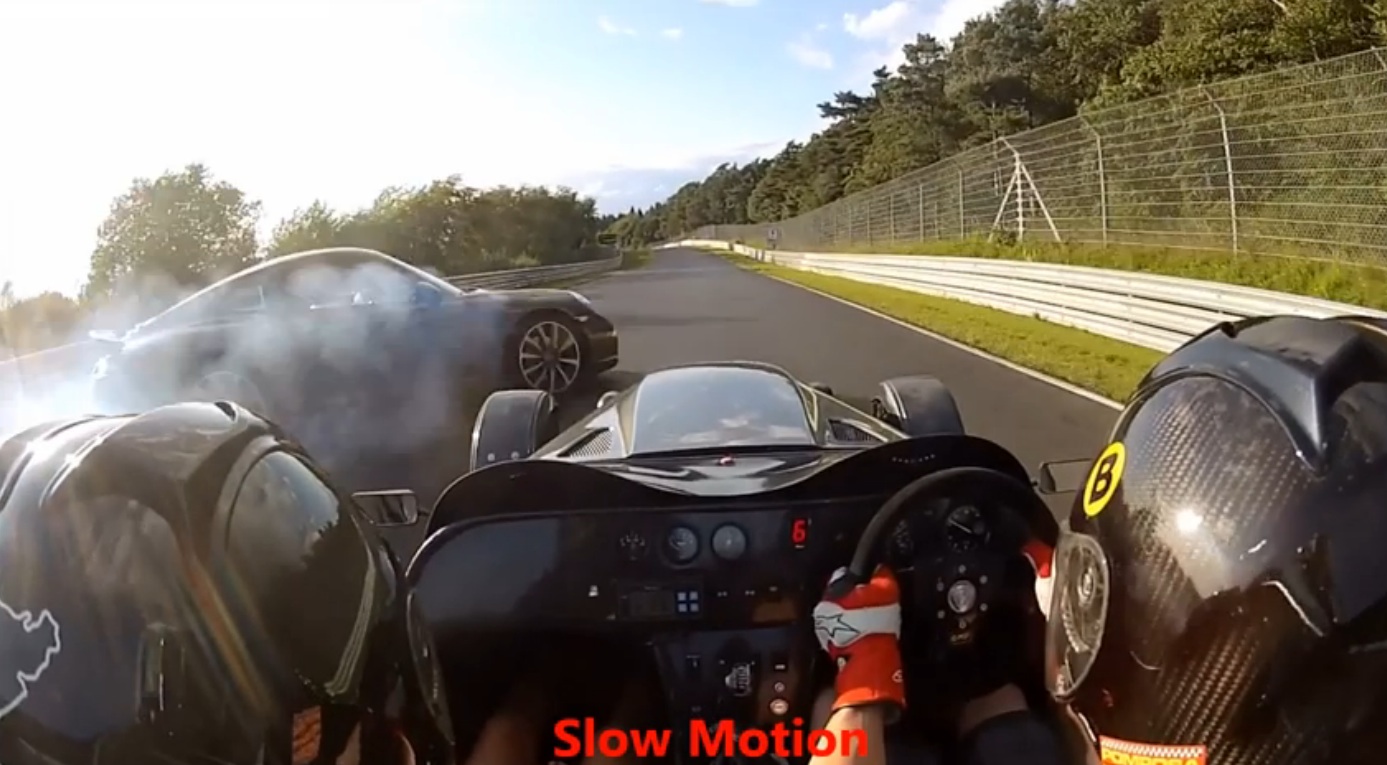 Imagine that you are just minding your business, hauling around the famed Nurburgring with your girlfriend in your little Megabusa sports car (think of a Lotus 7 and you’ve pretty much got it) when all of a sudden out of nowhere, a wayward Porsche comes sliding by you completely out of control. The Porsche then comes across the track smashes into the wall and showers you with parts, debris, and other junk as you desperately try to slow down and avoid the mess. Oh, add in the fact that your girlfriend gets kind of grabby when the who scene goes down, adding to your tension.  Just another day on the ‘Ring where horsepower trumps talent and everyone can have a go if they pay the fee.

The dude driving the sports car was getting skewered in the comments section of his video for not stopping and helping the guy but the reality is that he may have been putting himself and his girl in even more danger by stopping on one of the highest speed sections of the course that was now covered with debris, potentially fluid, or some other agent that could send the next car over the hill careening out of control as well. Apparently there is a procedure manual with what you are and aren’t supposed to to in the event of a wreck on the ‘Ring and climbing out of your car isn’t on the “should do” part of the list.

We’re just trying to figure out how the guy in the Porsche lost it on such a straight piece of road. Maybe there was a sudden rise or drop off that unsettled the car and he simply could not hang on once the rear end decided that it wanted to swap ends? We do know that the guy was cooking because the driver in the Megabusa was just about flat out in 6th and the Porsche guy passed him like HE was going in reverse. If both cars had tangled, it would have been super ugly and we’d not want to be the people in the Megabusa. Wild stuff for sure!