Aug 23, 2019Brian LohnesApex Video, BangShift APEXComments Off on Watch This Dirt Track Racer Roll Over Twice And Then Get Pissed When A Flattened Tire Forces Him Out Of The Race 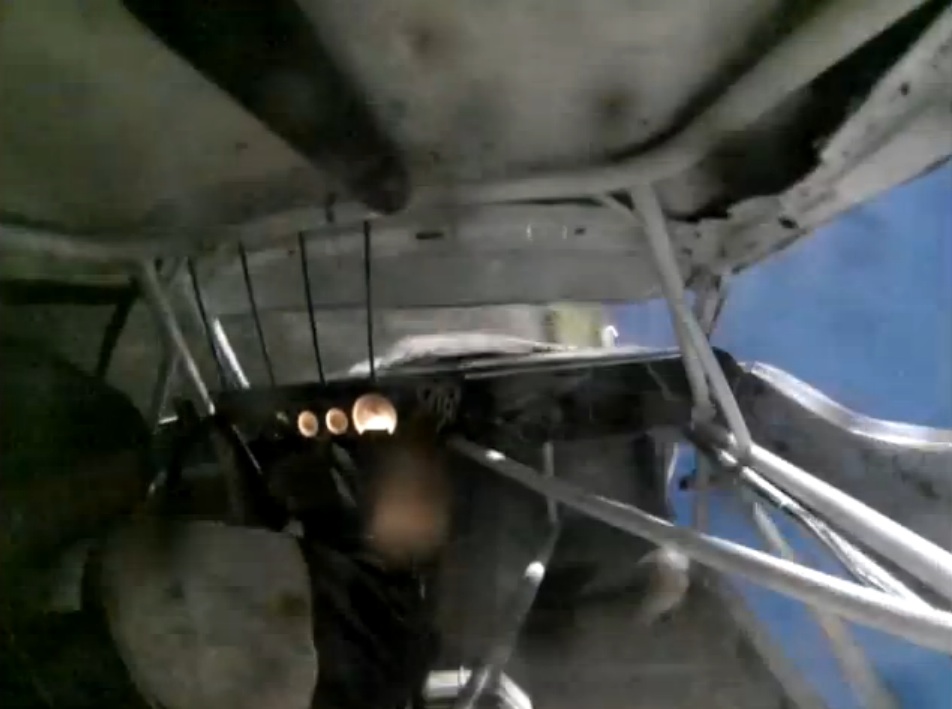 Hardcore. That’s how we’d describe the weekend warriors of the dirt racing world. After all, there are so many different tracks, series, and classes that you have to be at the top of your game on any given night to leave the facility with anything more than a smashed up, bashed up, hulk of a car that needs a week worth of work to get it ready for the next one. This video is proof of that hardcore attitude as we ride in the car with a racer at Algona Raceway in Algona, Iowa. This driver is zipping around the track in heavy traffic when he tries to stick his car through a hole that opened up in front of him. About half way through this exercise a racer pinches him in, coming from the base of the track right up the banking and effectively smashing him into the racer occupying the space on his right side. The end result is that the car rolls over (albeit gently…for a roll over) twice before coming to rest on its wheels again.

With the car on its wheels and the driver intact, he grabs a piece of the body that came off and sticks it on the floor and then asks a track official to check and see if his tires are still inflated. It actually looks like the guy has a shot at continuing on in the race but the official tells him that his right front tire is flat. After getting this news, the driver shifts the car into gear and begins to make his way off the track. That’s where the video ends.

We’re not saying that this guy is crazy for wanting to continue on in the race, we’re saying he is a hardcore racer. The adrenaline was probably pumping pretty good at that moment as well. The guy was in the heat of battle and he wanted to keep it rolling. Who could blame him? One thing we can say for sure is that we have never seen a drag racer roll his stuff and ask to continue on with the pass! You stock cars racers are a special breed for sure!