Watch A Ferrari F40 and F50 Get Thrashed On A Beautiful Road Course: Pure Auditory Perfection 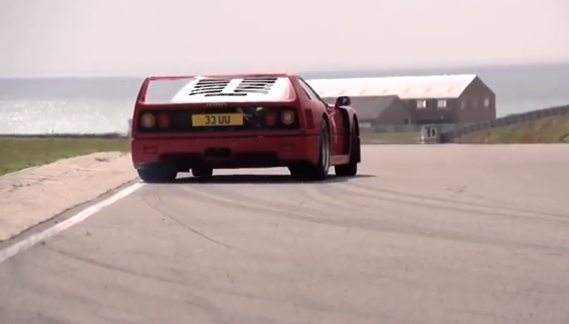 July 21, 1987 is the date that Ferrari unleashed the last car built under il Commendatore himself, Enzo Ferrari: the F40. An exercise in improving the already unholy 288GTO, a Ferrari meant for Group B Rally racing (think about that for a second!), the F40 was an absolute jaw-dropper in many aspects: It looked psychotic, it sounded like Cerebrus howling at the moon, and it ate pavement with the voracity of a starved Tyrannosaurus. Ferrari followed it up in 1995 with the F50, which was, quite literally, an F1 engine in a road car. Both are insane, both are movers, and the concept of driving either one of them in my lifetime ranks up there with winning a Lottery ticket. Or being hit by lightning. 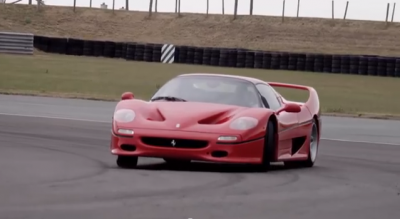 Chris Harris from /DRIVE got the opportunity to wring both out at the absolutely stunning seaside track of Anglesey in Wales. Both cars are owned by the same man, who offered Harris the chance to wring them out, and is quoted as saying that he’d “be disappointed if you didn’t”. My kind of supercar owner. During the extent of the driving, Harris’s face shifts between giddy happiness, the occasional wide-eyed moment and an expression that borders on sexual satisfaction. How he made a video that involves drifting someone else’s F40 without dropping one F-bomb is beyond me. Watch the video below, enjoy the noise two screaming Ferraris make when driven as Enzo intended all of his cars to be driven, and Harris, if for some reason you’re reading this: You lucky, magnificent bastard.

Rough Start: Does This GTA Spark Your Interest, Or Should You Run? The Zingers inspired a generation of car geeks, and we talked to the guy who built them

5 thoughts on “Watch A Ferrari F40 and F50 Get Thrashed On A Beautiful Road Course: Pure Auditory Perfection”