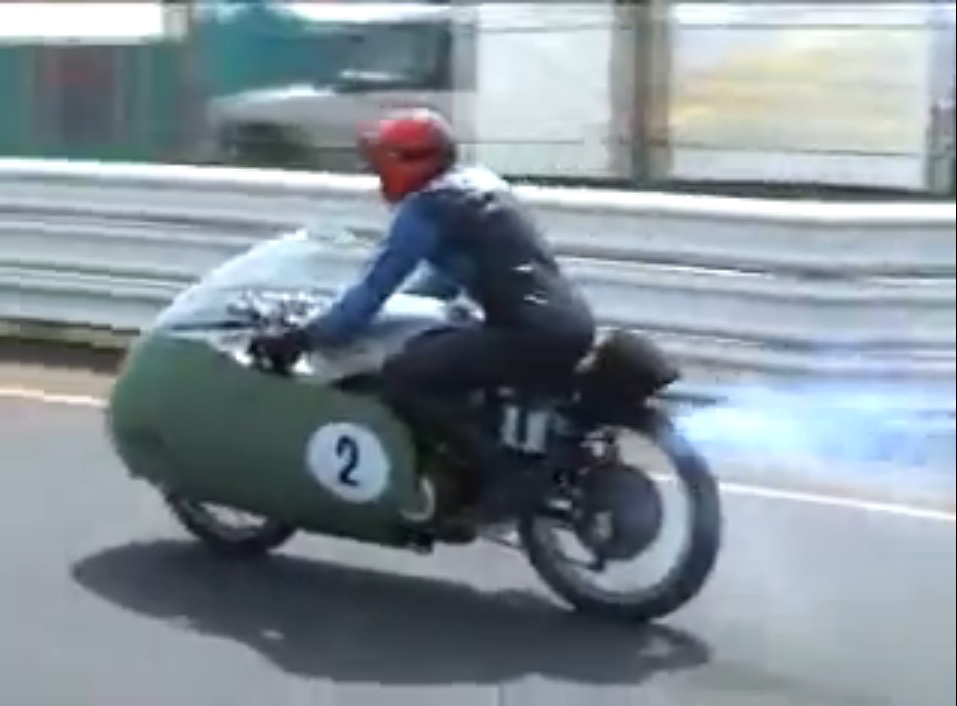 Go easy on me motorcycle guys. I honestly had no idea that this machine ever existed before just a couple of days ago. I don’t even really know how I found the videos that inspired me to look into the historic creation deeper, either. What I do know is that I certainly have a new favorite sounding motorcycle ever. The Moto Guzzi V8 was not called that to be crafty, it was called that because it was powered by an actual 500cc V8 engine that made nearly 80hp and it was raced between 1955 and 1957 on the Grand Prix circuit where it achieved top speeds of 172mph….a mark that would not be touched for 20 years again after this motorcycle did it. Incredibly fast but based on a rather rudimentary chassis, it was not a dominating race winner and it was nearly more of a widowmaker than anything else but it stands as an incredible engineering achievement from an era when shoebox Chevrolets were flooding American highways. The videos below show and most importantly audibly broadcast the awesome song that this little engine makes.

Some specifics on the engine. It is a water cooled V8 that weighs in at 99lbs. As previously mentioned it makes 78hp at peak and it makes those horsepower at a buzzing 12,000 RPM. The bore is 44mm and the stroke is 41mm. Go look at a ruler to see how small that is. Obviously the need to package the thing in the confines of a grand prix motorcycle made it important for the package to be tight and the crafty engineers at Moto Guzzi delivered on that in spades. You know a motorcycle is bad ass when people get off it and refuse to ever get on it again as did rider Ken Kavanagh after a 1956 race at the infamously fast Spa course in Belgium.

Because of the complexity of the engine, mechanical problems were rampant. It would break all the stuff you’ve killed in full sized V8 like cranks, rods, cams, etc. As they were expensive to produce, by the time the 1957 season rolled around there were only a couple of them left to race and once that season ended Moto Guzzi ditched out of Grand Prix racing altogether. There are two Moto Guzzi V8 motorcycles left in the world. Thankfully someone still has the guts to climb on one of them because the footage of this little monster pulling revs down the straights will make the hair on the back of your neck stand up. This thing rules!

Psychosteer: The 1984 Cadillac Eldorado ETC Has To Be The Most Unhappy Car In A Corner! BangShift Question Of The Day: What's The Weirdest Automotive Idea You Have Ever Dreamed Up?