Watch And Listen To The Only Original Ferrari 330 P4 On The Track Courtesy Of Petrolicious-Automotove Aural Nirvana! 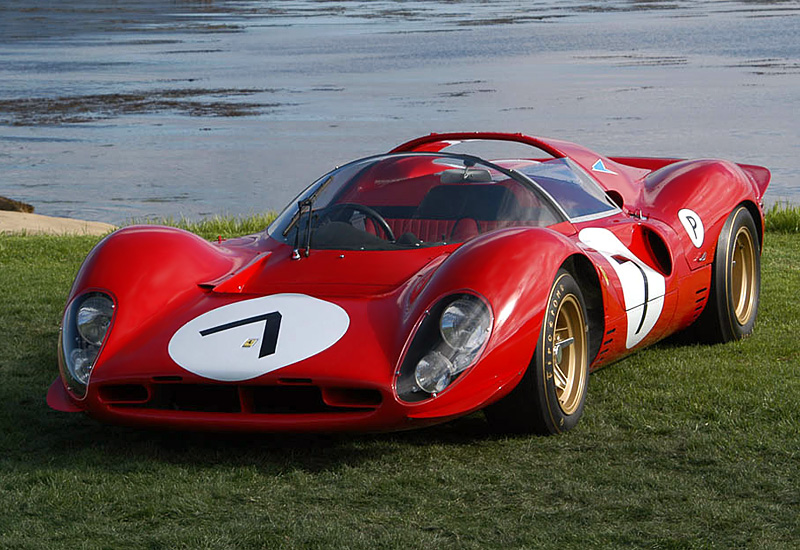 The Ferrari 330 P4 was Enzo’s retaliation for the Ford GT40’s as the two companies battled at LeMans. A low, sleek V12-powered open-roofed beauty, only four cars were built, and only three exist in whole form (one was wrecked at LeMans and had burned, and was used for designing replica P4s). Out of those three, the P4 seen here, chassis 0856, is the only original, unmodified one in existence. And sometimes stock is perfect, as this one is not a garage queen.

Enzo Ferrari did not like any of his cars to sit, and Nick Longhi, a Ferrari Corsa Pilota instructor, drives the red beauty around the track, letting the V12 sing it’s full range while explaining his personal feelings of responsibility and honor that come with being allowed to drive such a rare and storied racer.

Ferrari believed that competition brought out the best in anything, and with competition as strong as the GT40, it’s of little doubt that the 330 P4 is one of Ferrari’s best. Just listen to that exhaust note…it’ll be in the back of your mind for a while.

One thought on “Watch And Listen To The Only Original Ferrari 330 P4 On The Track Courtesy Of Petrolicious-Automotove Aural Nirvana!”