Watch Stephan Papadakis Assemble A 1,000hp Four Banger In A Minute And A Half!

Apr 09, 2019Brian LohnesApex Video, BangShift APEXComments Off on Watch Stephan Papadakis Assemble A 1,000hp Four Banger In A Minute And A Half! 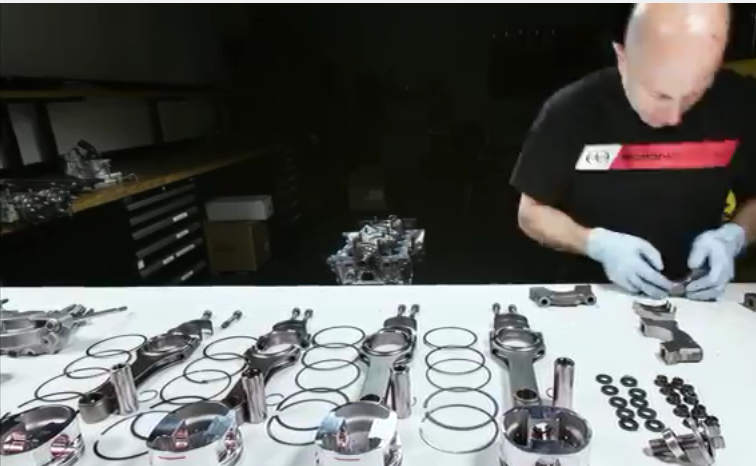 Stephan Papadakis is no stranger to big horsepower. You may remember his name from the old NHRA Sport Compact series where he was one of the big guns in competition. Now he is the team manager of Rockstar Energy Drink, Hankook Tire Scion drift car. In an amazing twist, the car actually uses a Toyota four banger. Why is that amazing? Mostly because it is a 2AR engine that makes, 1000hp and uses the stock block and a head that while worked on, is also a factory product. This is an engine that measures out to about 160ci and can be found in such mundane junk as the, well, Scion Tc. Like the Toyota 2JZ inline six, the output of the engine when hot rodded to its limits is really stunning.

Despite the fact that we really cannot stand Toyota, we really cannot help ourselves when it comes to time lapse videos. We love them because when done right (and this one is), you see a series of things happening in a very short amount of time. Seeing him assemble the pistons and rods, torque the heads, and do the finish work is really fun.

We’re not going to lie. seeing the power output of this engine has us thinking. How much can one of these things be out of the wrecking yard? Sure if you set it up to run like this thing it would be all but undriveable on the street, but on the strip in a light car with a manual transmission it could be a killer. Check out this video, it is really neat!

PRESS PLAY BELOW TO SEE THIS MEAN LITTLE ENGINE GO TOGETHER –

Spontaneous Revival: How To Deal With The Surprise Rambler The Taming Of The Owlet - A Look At The Weirdest And Coolest Goodwood Car On The Planet