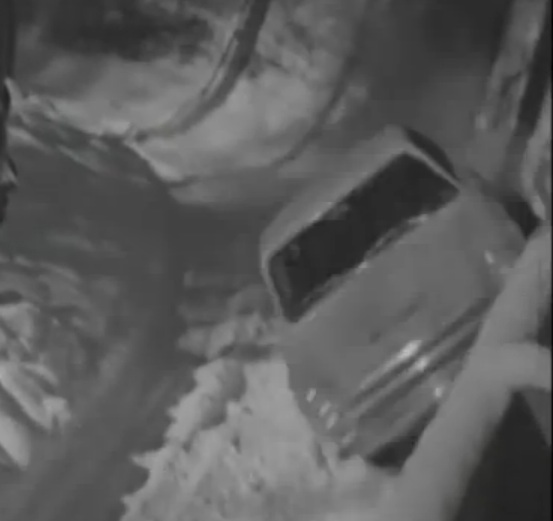 Publicity stunts have been a hallmark of selling cars since Henry Ford took on Alexander Winton in 1901. They have ranged from the hilarious to the completely absurd. We’d say that this Ford film from 1964 falls somewhere in the middle and that is not a bad thing. We got tipped off to this one by Joe Grippo and it is pretty cool because we see Jimmy Clark, one of the best race drivers who has ever strapped on a helmet run down a flipping olympic bobsled course in a 1964 Cortina.

The Cortina was an amazingly good car for Ford in Europe. Some of them have filtered here over the years but they were sprightly, cheap, well styled cars that sold like hot cakes. We’re not sure who dreamed up the idea and who talked the facility into allowing cars down the course (we’re guessing a stack of money was the persuader here) but they were brilliant. While the thing isn’t going a million miles and hour, it looks neat up on the banked turns and there does not seems to be much (any?) camera trickery with sped up film, etc. It would have been cool to hear what Clark had to say after getting to the bottom and to find out exactly how many takes it took before everyone was happy. If we were driving we’d want to do it a bunch just because!

Judging by the depth of the ruts in the snow at the starting line, there had been more than a few runs made before this situation was “in the can”. Great 1960s promo…today it would probably be done with lame computer graphics.

Ever Wondered What It Would Be Like To Have A Blown Hemi Explode In Your Face? This Video Shows It All Too Well FE Power: Watch This (Claimed) Mostly Stock 427 FE Engine Make Lots More Than Factory Advertised Power