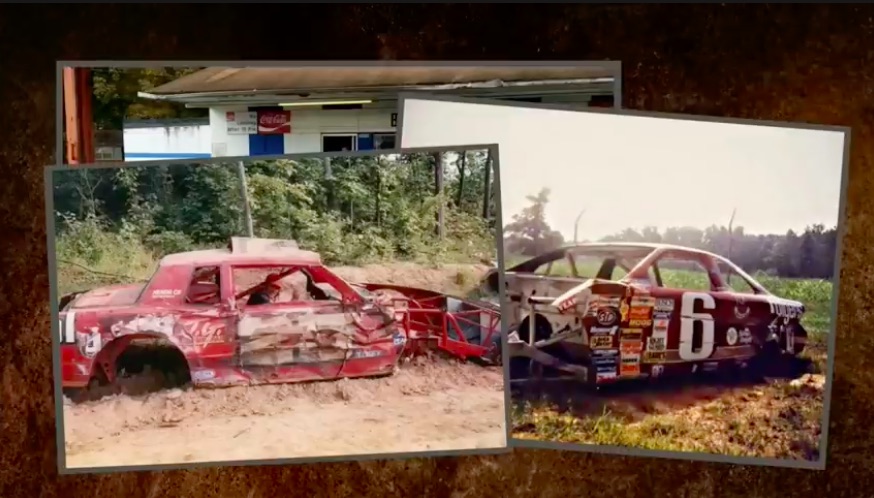 Race cars are merely collections of rubber, steel, aluminum, and various other stuff. They don’t have feelings, they don’t have a brain. They are inanimate objects used to perform a job. The job of winning races. But some are far better than others. Often times, the reasons as to why some cars have a winning aura about them are not evident to anyone. Some of them just work and cars that are built to replicate these mysterious machines rarely ever measure up…even though they are built as exact replicas of the car they are replacing. This video is about those cars. Not cars that were cheated up or cars that had all kinds of hidden secrets, but rather cars with names like Duke, James Bond, Midnight, and others.

Racers are historically pretty superstitious beings. They have rituals, procedures, and things that they do to keep themselves consistent and sane. Do they work? Who really knows. This video is not about any of that stuff. This is all about charmed pipe that fit drivers and teams like a well worn pair of shoes.

The common theme here is the fact that these cars outlived the typical lifespan of regular race cars. Often times they survive situations and calamities that would have caused other cars to be cut up for scrap. The Rusty Wallace driven “Midnight” is a famous example. It won a bunch of races, got wrecked a couple of times and just kept coming back.

Great history here and a fascinating look at individual cars that made headlines in the 1990s!

Who Makes The Best Ratchet? ICON vs Snap On, GearWrench, SK Tools, Mac Tools, Wera, Zero Degree, Milwaukee, Kobalt The Factory Promotion Film For The 1960 Chrysler 300F Is Fantastic And And Even Promises A Version That Technically Never Came