This 2015 TESMEC M5 Chainsaw Trencher Is The Slowest Thing We Have Ever Wanted To Own – So Cool!

Feb 20, 2018Brian LohnesBangShift XL, XL Online FindComments Off on This 2015 TESMEC M5 Chainsaw Trencher Is The Slowest Thing We Have Ever Wanted To Own – So Cool! 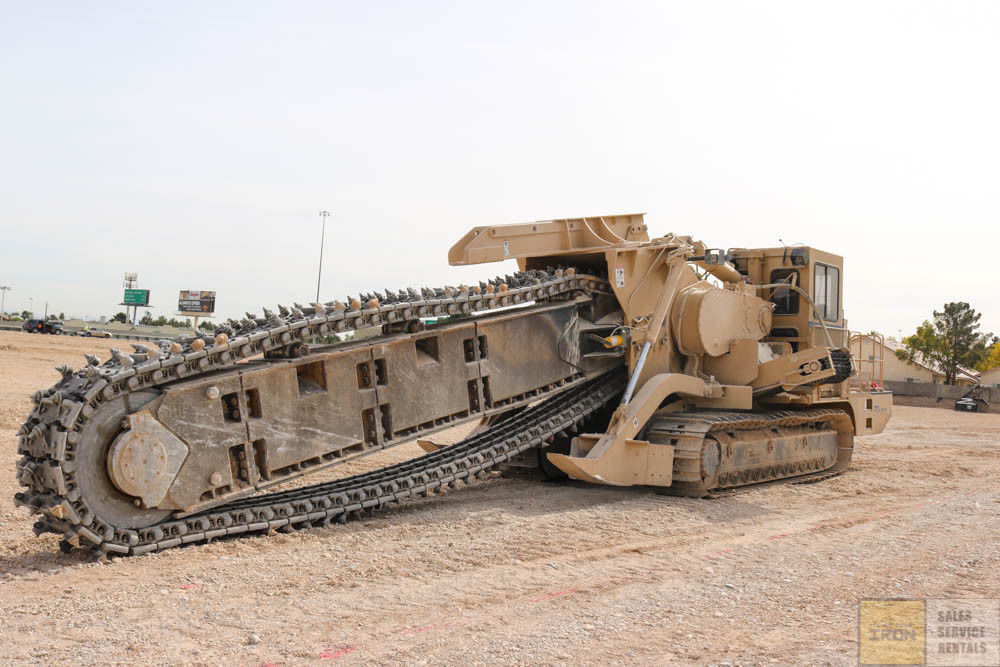 2.4 miles per hour. That’s the actual top speed of this 2015 TESMEC M5 chainsaw trencher that we found for sale on eBay. The machine looks like something out of a future war movie but is in fact a very valuable piece of equipment for digging into the Earth. The thing is literally a massive chainsaw that eats the Earth as it moves backwards and it can do it at depths that barely scratch the surface all the way to depths where you may find evidence of past civilizations!

This particular unit is the highest horsepower one that is made with a torque converter currently and the design of the M5 is for soils and ground conditions that are highly abrasive and rocky. Chipping, chewing, and tearing into the Earth is the name of the game here. We bet the thing makes some awesome noises when it is working!

The engine is a C13 Caterpillar and the entire machine weighs about 170,000lbs so while it may not be fast, at least it is light and easily transportable. Yikes! We do not know what the main tractor portion of the unit is based on but it seemingly has to be some sort of a Caterpillar bulldozer of something. Maybe they sell them a modified unit that TESMEC completes or maybe they build the whole thing from the ground up. Either way, the sheer brutal looks of a 16″ long massive chainsaw growing out of a piece of heavy equipment got my heart rate up.

You’d never outrun anyone in this thing but boy, let them try to stop you! 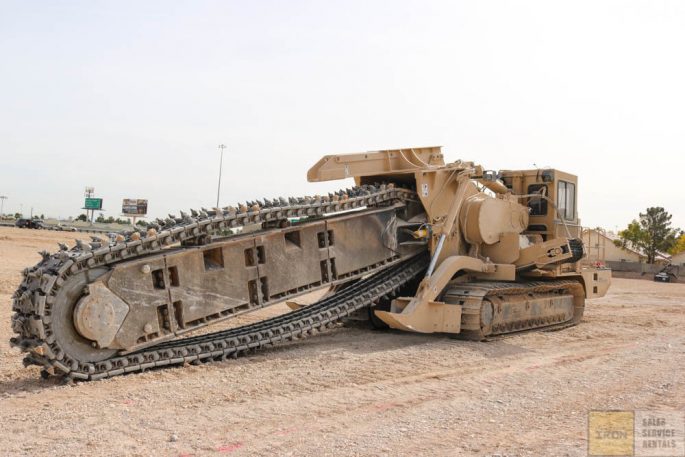 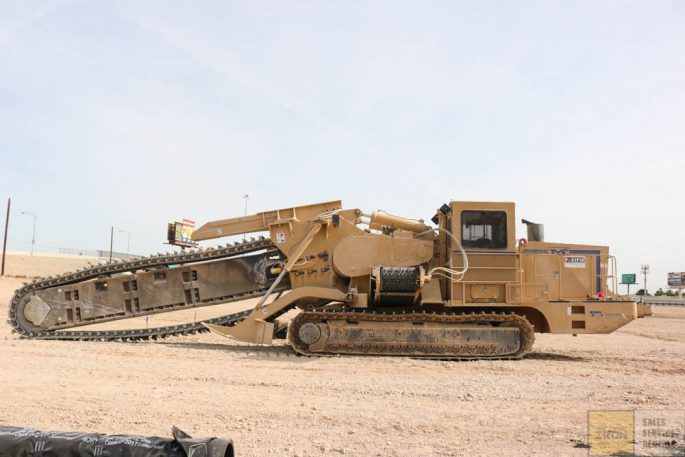 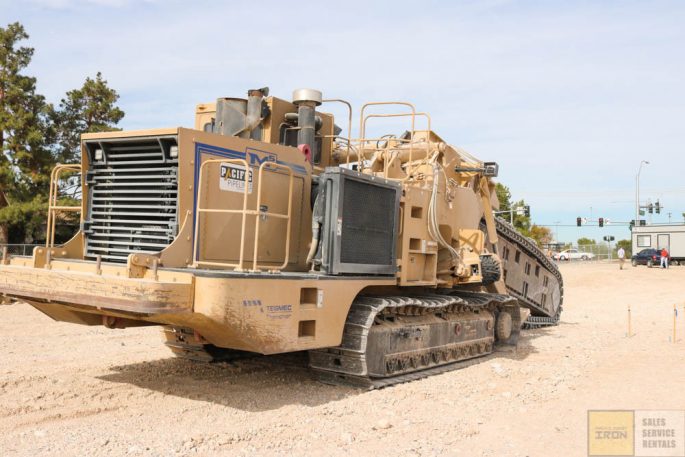 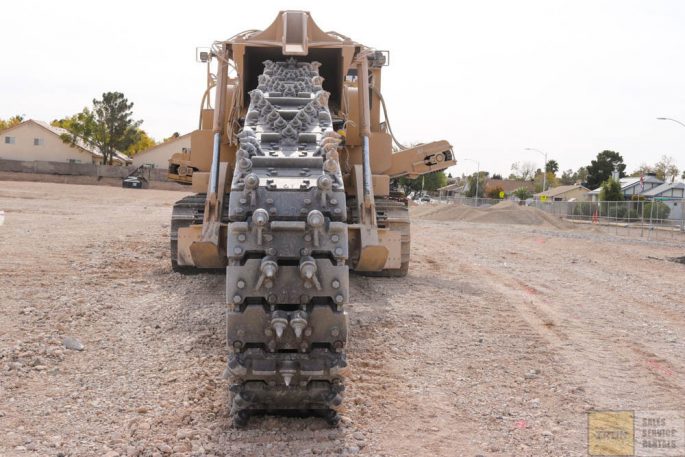 This 1955 Chevy Could Be The Wagon Of Your Dreams - Or It Could Remind You Of A Bad Decision...Or Both IHRA Announces Summit Sportsman Spectacular Race Schedule - Big Bucks, Double Race Weekends, More