27 Hours To La Paz Is A Bitchin’ Period Film From The First Mexican 1000 – Killer Cars, Trucks, And A Familiar Looking Ranchero!

Apr 09, 2017Brian LohnesBangShift XL, XL VideosComments Off on 27 Hours To La Paz Is A Bitchin’ Period Film From The First Mexican 1000 – Killer Cars, Trucks, And A Familiar Looking Ranchero! 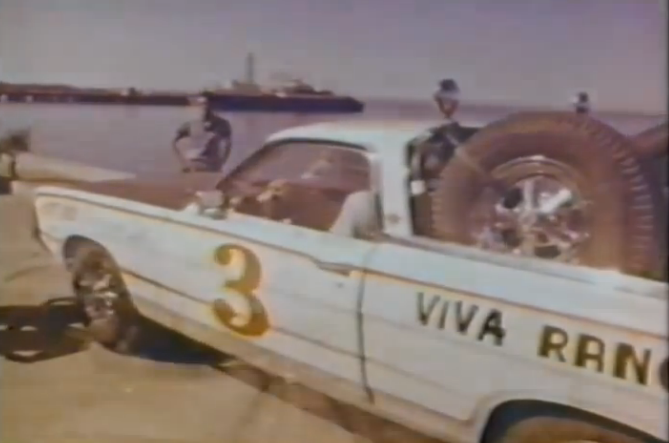 The 1967 Mexican 1000 was one of those races that took a LOT of stones to show up for and compete at. Any time you are going hurtling into the desert for the first time along a route that no one knows and no one has tackled at speed before you are risking it. It took such large by huge huevos to romp the gas out of Ensenada that only 68 entries showed up for that first event but once word spread of the adventures, the profile of the race exploded and soon network television was covering it and the biggest names in racing were participating. Guys like Mickey Thompson, Parnelli Jones, Ivan Stewart, and others were headliners and the fields were full of a diverse mix of stock cars, dune buggies, Jeeps, four wheel drive trucks, and homebuilt creations that defied all explanation back then and still do today. 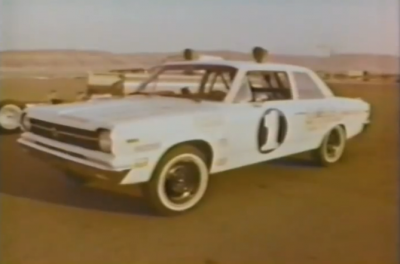 This film called 27 Hours To La Paz follows that very first race from the driver’s meeting in a bull fighting ring to the dusty finish line where locals and families waited to see their haggard, dirty, and beat up loved ones. This wasn’t a multi-day affair where people stopped in the middle and drank cold beer, this was a non-stop dog fight of an event and as you’ll see at the finish, some people were in visible distress just trying to will themselves over the line.

We found the coolest part of the film to be the many minutes spent (at various points) following Ray Brock and Ak Miller in the Ford Ranchero that they used to win their class and set a new record in. That Ranchero was replicated in outward looks anyway, by Finnegan and Freiburger for their trip to Alaska. Other than a couple of still photos and some black and white images of the car we had never seen the original in action. This film fixed that. Not only do we get to see and ride in the Ranchero at points but we also get to hear Ak Miller talking about the race in his own distinct voice.

We’re planning on bringing you LOTS more coverage of desert and off-road racing this year along with all the same stuff you know and love us for. That’s an area of motorsports that we have been lacking in over the last couple years so we’re committed to ratchet it up about 20 notches. Consider these old videos and stuff a bit of a primer course as to the roots of today’s madness.

Today is like the day of long form films but what do you want us to do? When we find killer content, we’re jamming all up in your business as quickly as possible!