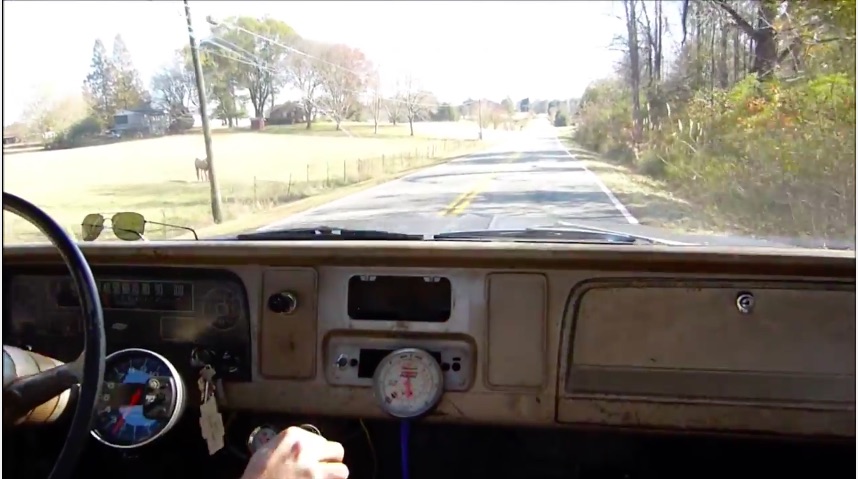 My buddy Dana was the first guy to get his license in our circle of friends and the first set of wheels he had was a Dodge K-car that had been passed down from his sister. Passed down is kind of a weak description. It had be thrown at him like a burning bag of plutonium. Anyway, he graduated to bigger and better V8 powered things but there was some glory in that little car. We thrashed the hell out of it. Slower than a brick covered in velcro, it was comic to land on the gas and manually rip through the column shifted automatic transmission. There was lots of entertainment in that car despite its barge like personality.

I mention any of this because the dude in this video hammering the daylights out of his 1965 Chevy C30 truck is having a ball jamming the gears of an SM420 that is fronted by a 250ci inline six. This is another very slow vehicle but as a guy who has owned some slow stuff (and still does) equipped with an SM420 transmission, that’s the fun. The insanely short first gear can make you look like a hero for a minute but things quickly settle back to Earth once gears two and three come into the mix.

I love this video because it is a guy in an old truck having fun on a quiet country road. If that does not speak to you on some level, you have missed the whole point and I feel bad for you. Next week we’ll be fast again, promise.