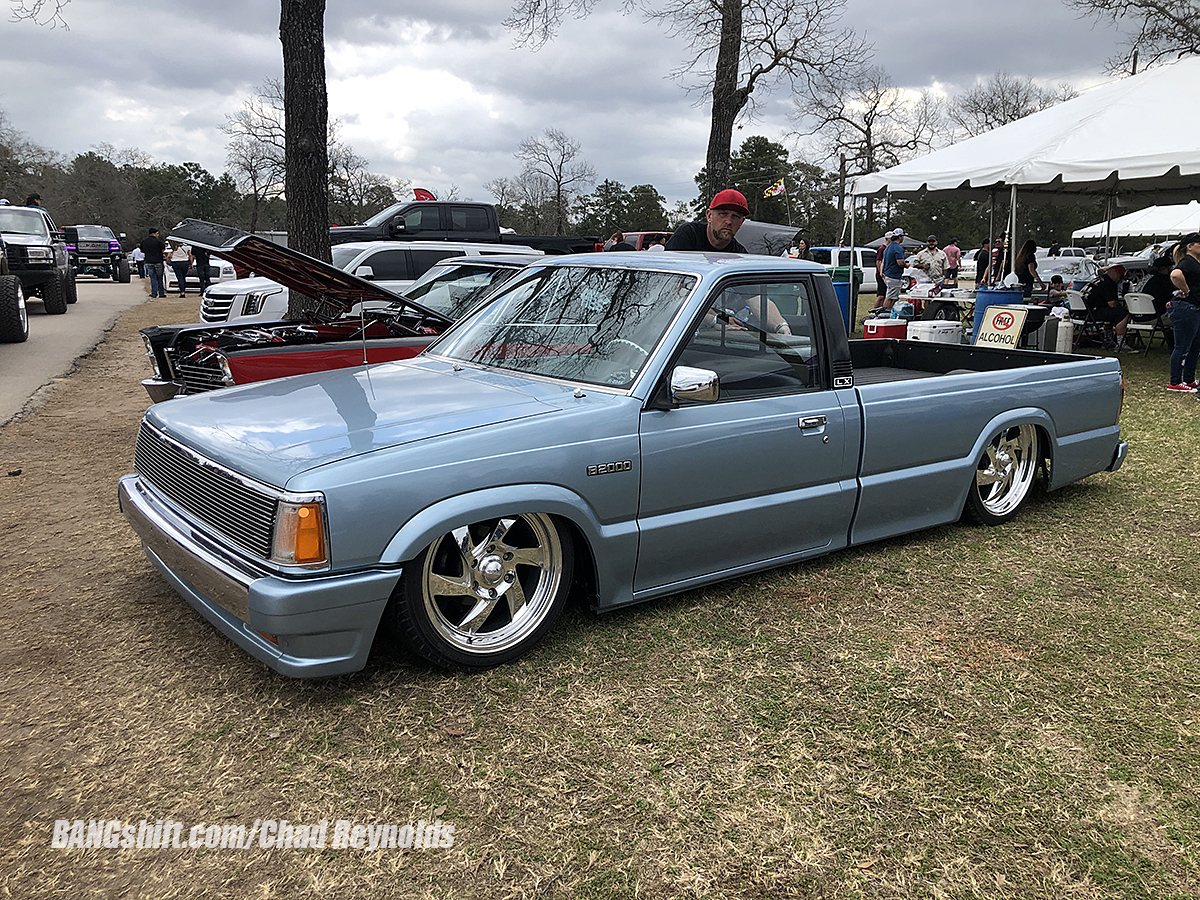 Why is it that half the time you are at a show you are looking at a truck thinking you’d love to have something like that someday and the other half you are wishing you had something like you had in the past? This happened to me both ways a bunch of times at Lone Star Throwdown in Conroe. Everywhere I looked I either saw something that made me want one because I’d never had one before, or because I had in fact owned one and wanted one again. That was the case with a lot of the minitrucks on site especially, because it made me think of my 1985 Mitsubishi Mighty Max that was my first minitruck. I loved that thing and would LOVE to have another one, or the Dodge equivalent D 50, but man they are hard to find anymore.

There were a lot of really cool minitrucks at Lone Star Throwdown, but not nearly as many as the full size trucks on site. With that said, there is an ever increasing number coming to more and more shows as minitrucks gain more popularity and we know that was true this year. This is our second gallery of minitruck photos from the show, so if you missed the first one, or any other photos from the show use the link below.