Ken Block Takes His New Raptor Out For Some Shock Tuning So It Will Jump Better!

Aug 12, 2019Chad ReynoldsXL Spotlight, XL VideosComments Off on Ken Block Takes His New Raptor Out For Some Shock Tuning So It Will Jump Better! 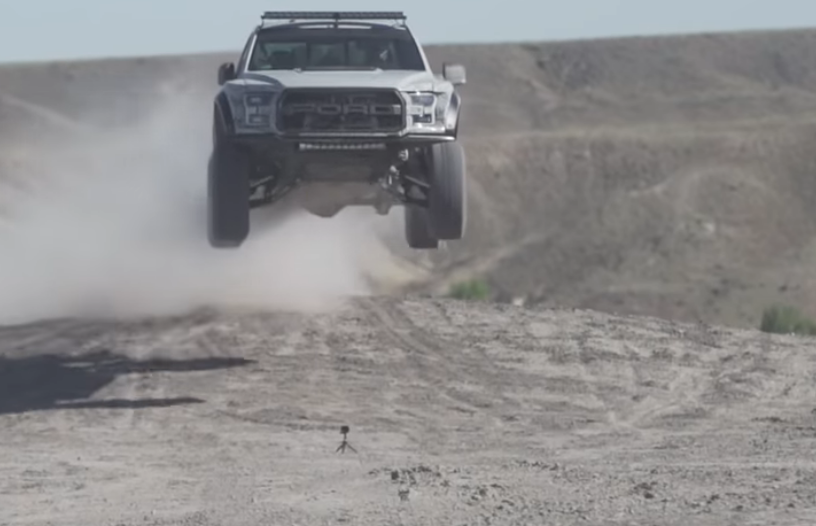 Jumping trucks is fun. But it can also be destructive, especially when the suspension on said truck is not setup to absorb the shock of the landing. Take off can be touchy too, but it is the landing that can really tear things off. That’s why there so many shock tuners and specialists out there tuning shocks for different types of off-road racing. But what about for your street truck? Normally they wouldn’t need much shock tuning for street driving compared to something that say races BAJA. But Ken Block isn’t going to have a street driven Raptor that can’t have real fun in the dirt!

After the last time out with the truck at Moab it was determined that the suspension could use some tuning as it was just a bit stiff. So Ken called in reinforcements and with some high and low speed compression adjustments, along with a bit of rebound tweaking, this Raptor is a flying machine that hauls ass on the dirt and through the air. We dig it!

Classic YouTube: From The Forge To Your Morris, Here's How The Engine Is Built! 2019 Danchuk Tri-Five Nationals: The Land Of Plenty For Fans Of The Fins