2019 Danchuk Tri-Five Nationals: The Land Of Plenty For Fans Of The Fins 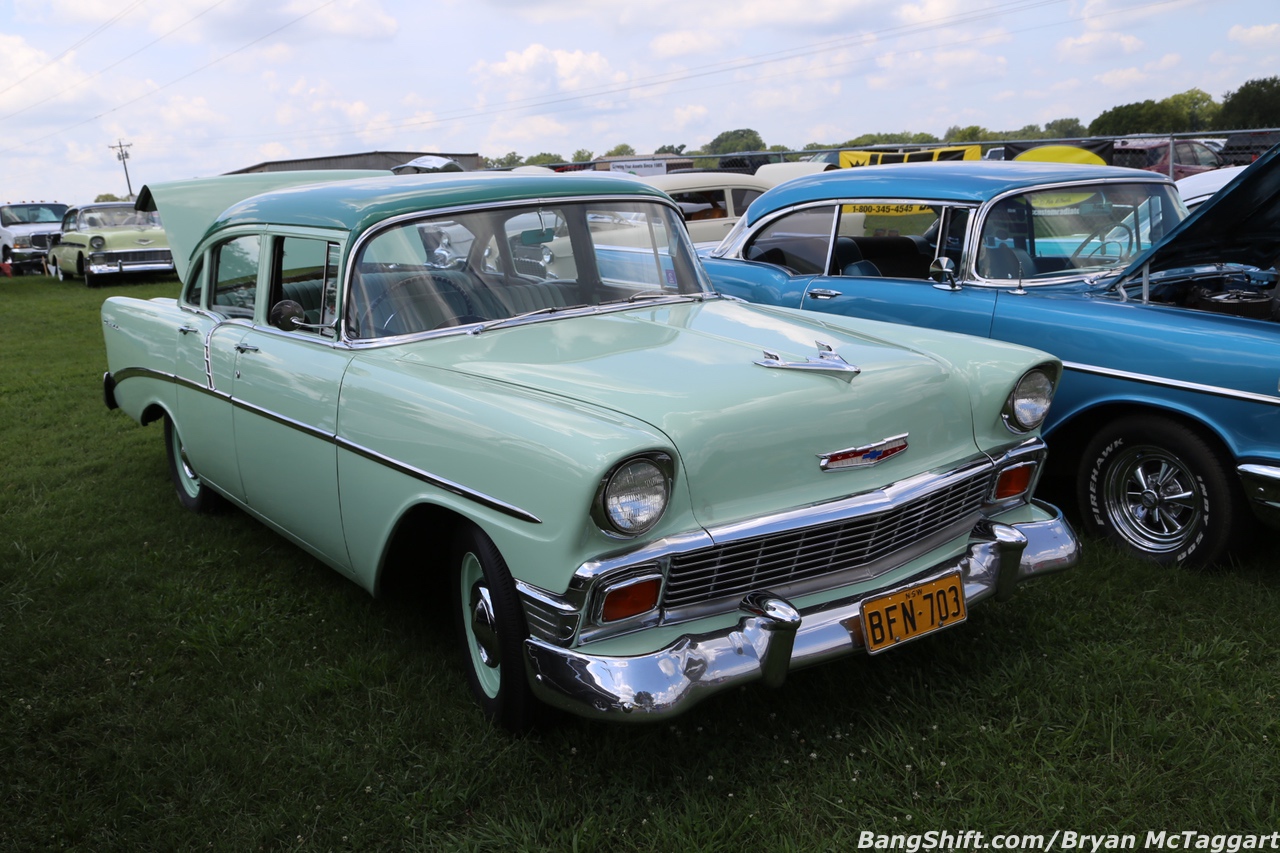 When you look at a car like a 1955-57 Chevrolet, it’s easy to have the legend overrun reality. You want to see that picture-perfect red and ivory Fuelie Bel Air, or the matte black 1955 with the lump on the hood and the percussion section of the Devil’s own rock band thumping underneath the tilt front hood. It’s easy to walk through the lines and see cars that aren’t really there. All-yellow 1957? Has to be Project X, right? Probably not, though probably inspired from Popular Hot Rodding’s project car when it was in it’s heyday. Black and white 210 on white steel wheels? Better count the lug nuts before you get all breathless over a Black Widow sighting.

Truth be told, the 1955 Chevrolet has it’s iconic status for two reasons: it’s looks and it’s ease of customization. You can do as little or as much to one as you want and nine for ten, you’ll come out a winner. Roll up in primer or pick from virtually the whole color palette and move on. Stock inline-sixes to twin-supercharged mills, you can do no wrong. And as if to drive that point home, there were two cars on the property sporting dual blowers. Two of them. How’s that for statistics? 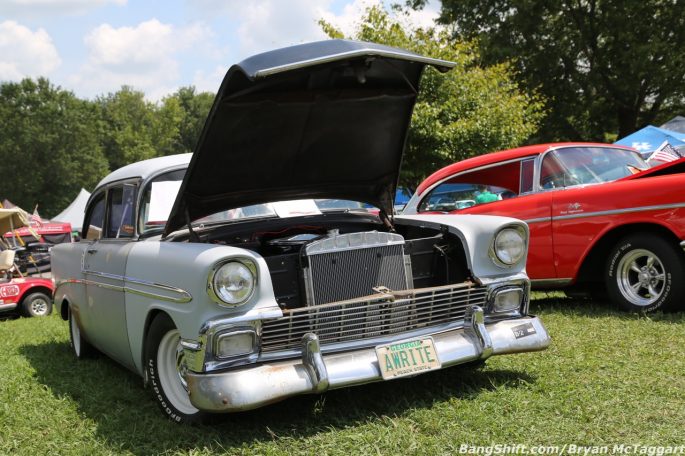 If you missed our last gallery from the 2019 Danchuk Tri-Five Nationals, CLICK HERE to check them out!

Ken Block Takes His New Raptor Out For Some Shock Tuning So It Will Jump Better! 2019 Danchuk Tri-Five Nationals: Getting Rowdy With The Oldies

2 thoughts on “2019 Danchuk Tri-Five Nationals: The Land Of Plenty For Fans Of The Fins”