2019 Danchuk Tri-Five Nationals: Getting Rowdy With The Oldies 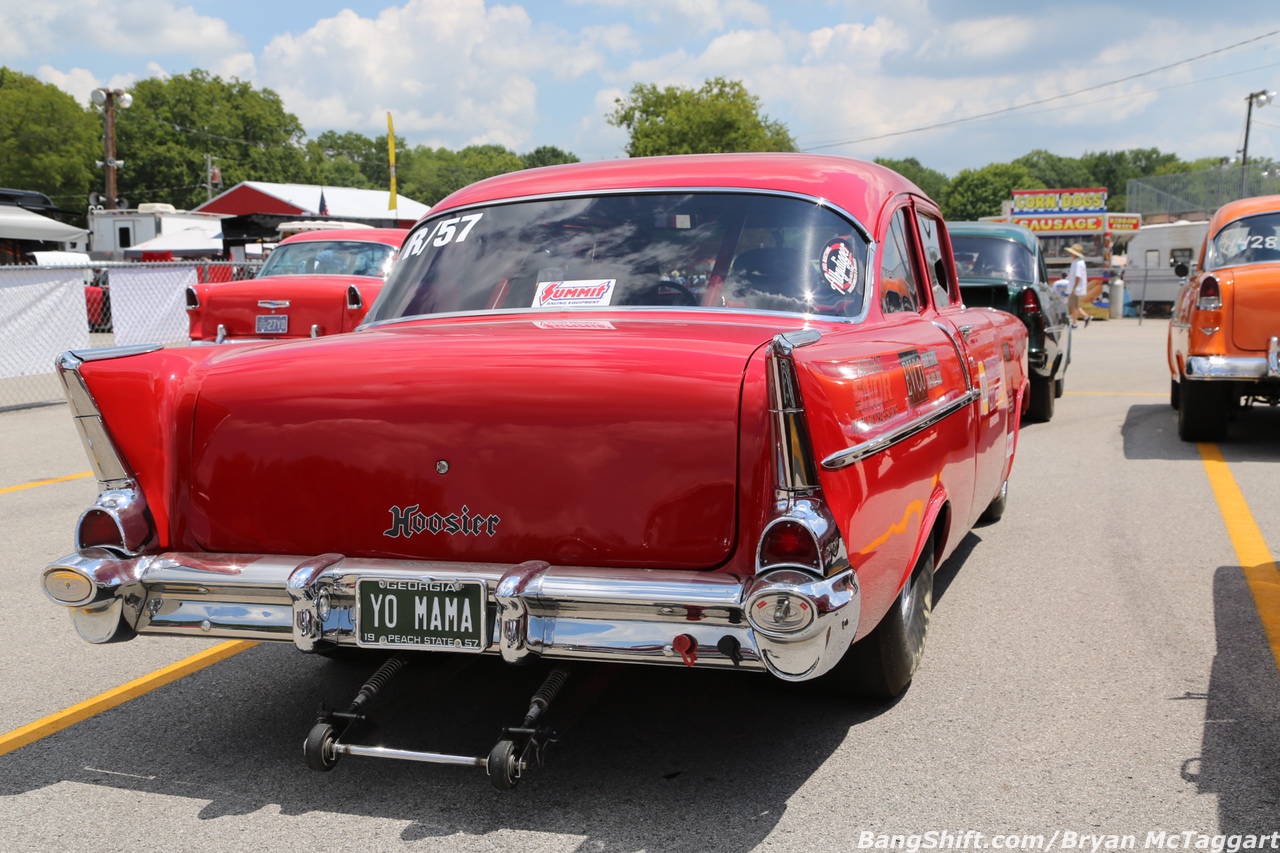 “I didn’t think that many of these things still existed!”, I heard a young guy say to his parents as I walked through the show fields at Beech Bend. Surprise, my dude: while there were an impressive amount of Tri-Fives on the property (I’ve heard as many as 3,300 registered cars were floating around this weekend, and I don’t doubt that for a second), it pales in comparison to the over 4.8 million cars that Chevrolet cranked out between 1955 and 1957. There’s been attrition, sure, but that’s still a hell of a lot of finned Chevrolets to go through and the cars were beloved from the start and became an early American classic, finding it’s niche in the culture of America. Of course there would be tons of the things left.

The numbers were a bit surprising, but what really got me about this year’s Danchuk Tri-Five Nationals wasn’t the numbers. It was the action. Between you and me, readers, this year’s Tri-Five Nats threatens to be more crazy than LS Fest East. Why do I say that? Apparently someone was spiking the morning coffee or something, because the racing was gold. You had the wheelstanding cars. You had the “Towmater” Chevy truck doing three-quarter track burnouts. You had dry hops, small-blocks wound out to the absolute limit. You had cars running solid figures, even in the heat of the day. There weren’t many pussy-footed drivers on the strip this year. Plenty of gear-ripping action with a historical flair was more like it! 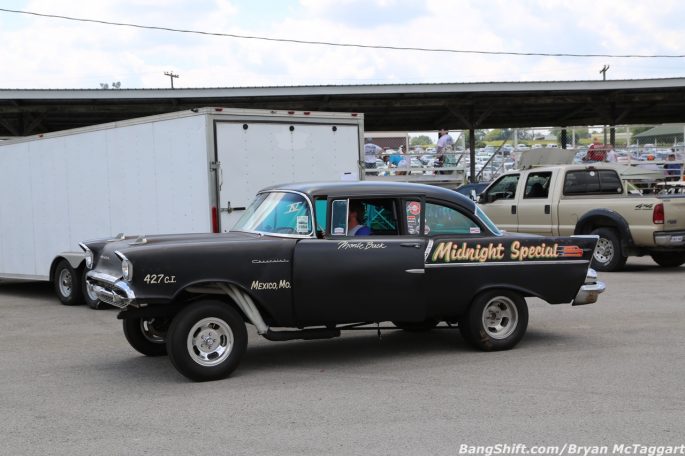 If you missed our last gallery from the 2019 Tri-Five Nats, CLICK HERE to check it out!

2019 Danchuk Tri-Five Nationals: The Land Of Plenty For Fans Of The Fins Grab Your White Hat: This 1970 Dodge Dude Isn't Too Common!

2 thoughts on “2019 Danchuk Tri-Five Nationals: Getting Rowdy With The Oldies”