Grab Your White Hat: This 1970 Dodge Dude Isn’t Too Common! 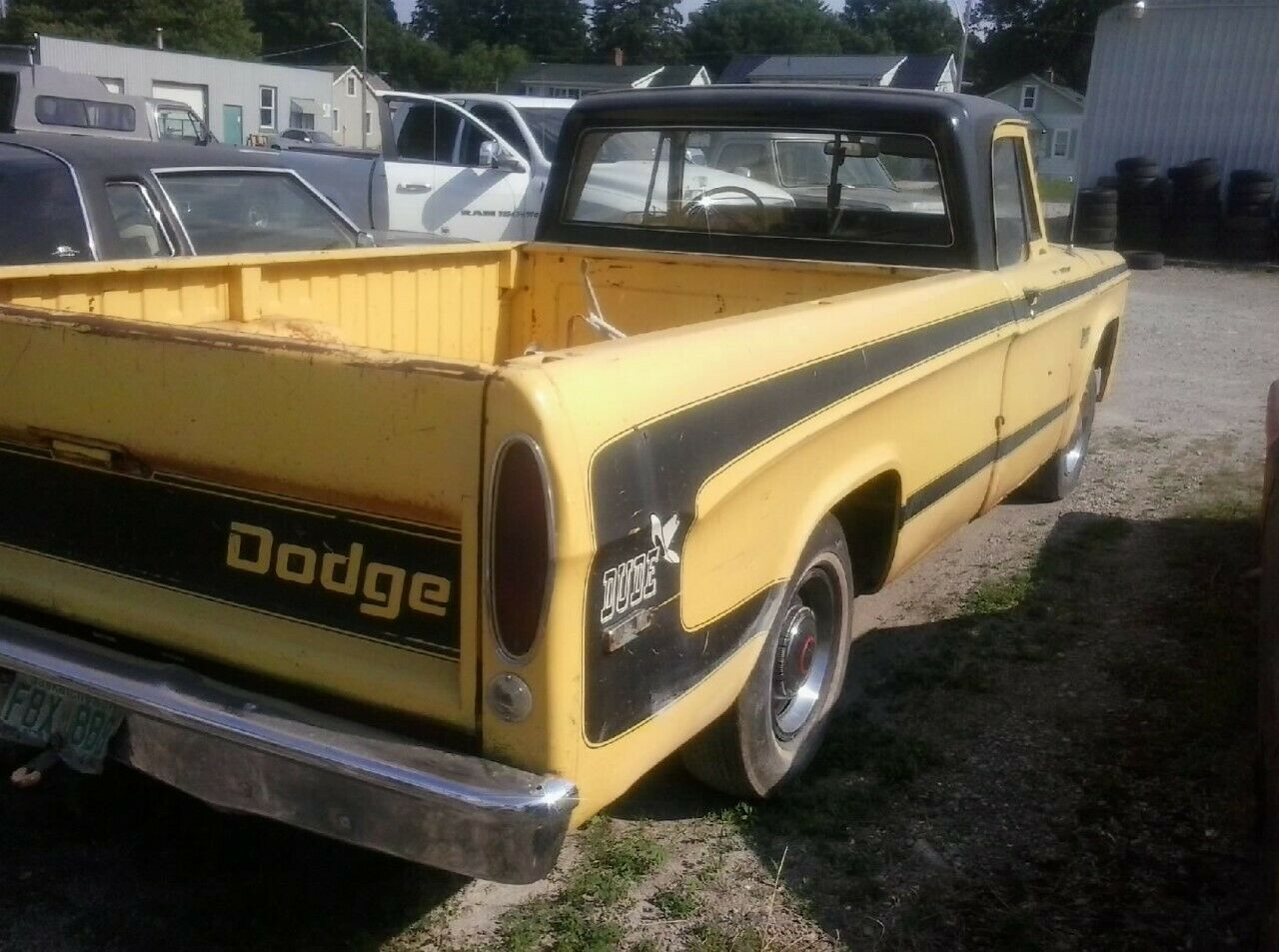 Let’s dive down into the depths of the more curious and weird side of Mopar history, shall we? Let’s go back to mid-1969, and ignore the car side altogether for this trip. We’re going straight to the D-series pickup trucks, rigs that for the most part were brutal workhorses. With the exception of the Custom Sports Special, a 426 Wedge-powered precursor to a monster performance truck that might have seen fifty examples made, Dodge trucks were basically dragging along with an old body that desperately needed an update. The first-generation D-series debuted for 1961 and by 1970 would long in the tooth. Something was needed. Something that would spur some interest in Dodge pickups. 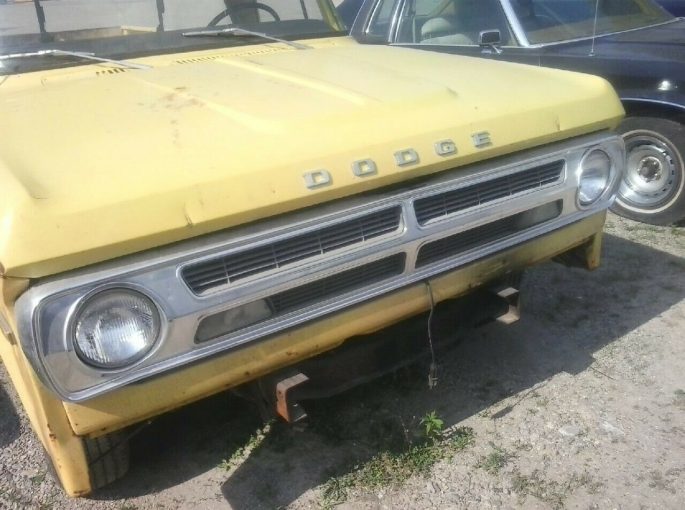 Something like a stripe kit, maybe. Yeah, and brighter colors…it’s been working for the cars, why not apply that to the trucks, too? Dress it up a little bit and maybe we might be able to move a few more of these units off of the lot. That had to be the reasoning behind “The Dude”. A 1970 and 1971 dress-up package for the 1/2-ton longbed Sweptline truck, the Dude package came with some trim for the taillights, dog dish caps on steel wheels, one of five bright colors and either black or white C-shaped stripes, a unique tailgate with no embossed DODGE logo, and a roof that was sprayed with a rough-textured paint that correlated to the stripe. 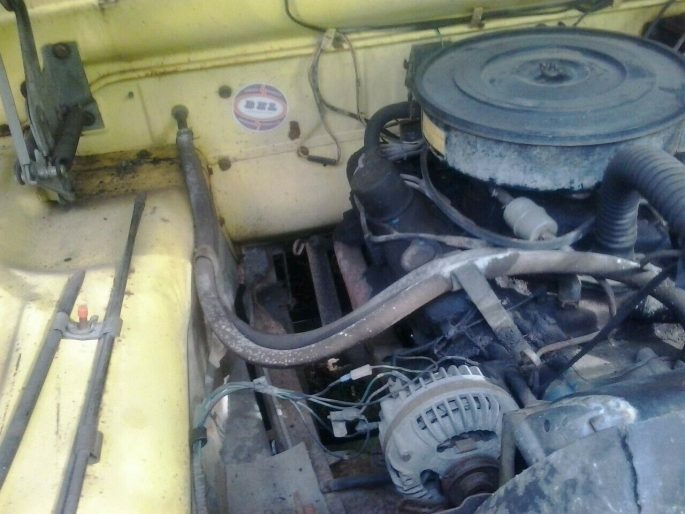 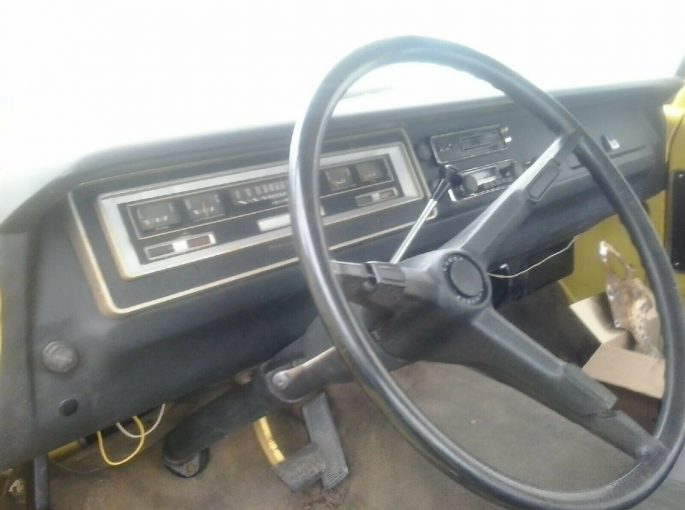 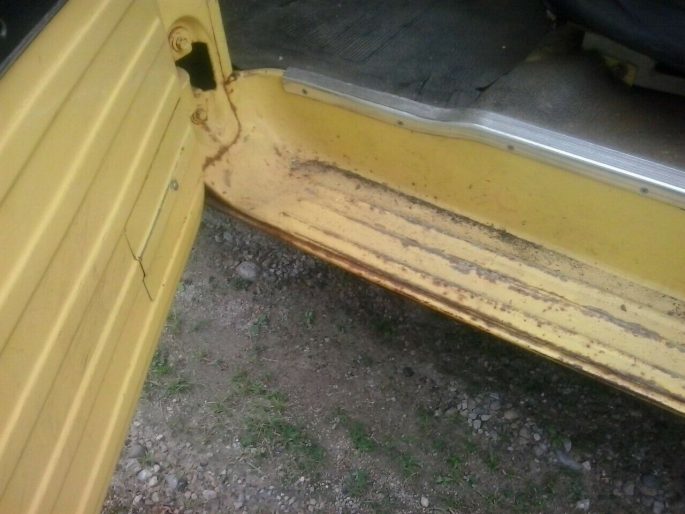 Most Dudes came as a 318 rear-drivers, though everything from the Slant Six to the 383 was on the table. This example is a 318 truck that has a locked-up engine courtesy of being stored for three decades. It needs a front bumper for sure and some cleanup work, but overall looks like a nice solid start to a cool project. Smart money would try to save or rebuild the stock 318 and start teasing the Mopar faithful who love to buy oddballs, but the other side of us would love to see a 408 stroker dressed up like the original 318 in that engine bay. Bright colors and stripes equals muscle in 1969, right? Why not let the truck act like it was a part of the fun.

2019 Danchuk Tri-Five Nationals: Getting Rowdy With The Oldies Hearing Is Overrated Anyways: Enjoy This Hayabusa-Swapped Toyota Starlet's Run Up A Hillclimb!