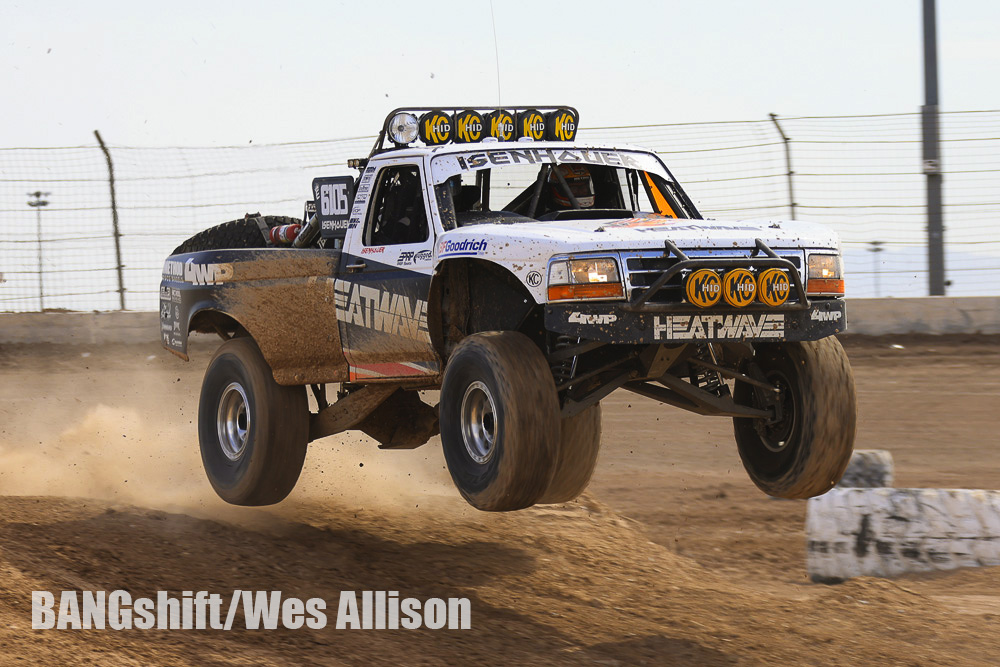 There were insane numbers of cars, trucks, and oddities at Holley’s LSFest West but some of our favorites were the high flying off-road trucks making big air jumps at the dirt track. We’re talking race trucks, prerunners and more and they were flying through the air in grand fashion. We love watching it and you’ll love the photos.

Everyone Loves A Stout 505 on 5/05, right? Pontiac, Chevy, and Chrysler Thumper Videos Here! Running A Chrysler NAG1 Transmission? FTI Performance Has The Performance Torque Converter For You (Video)