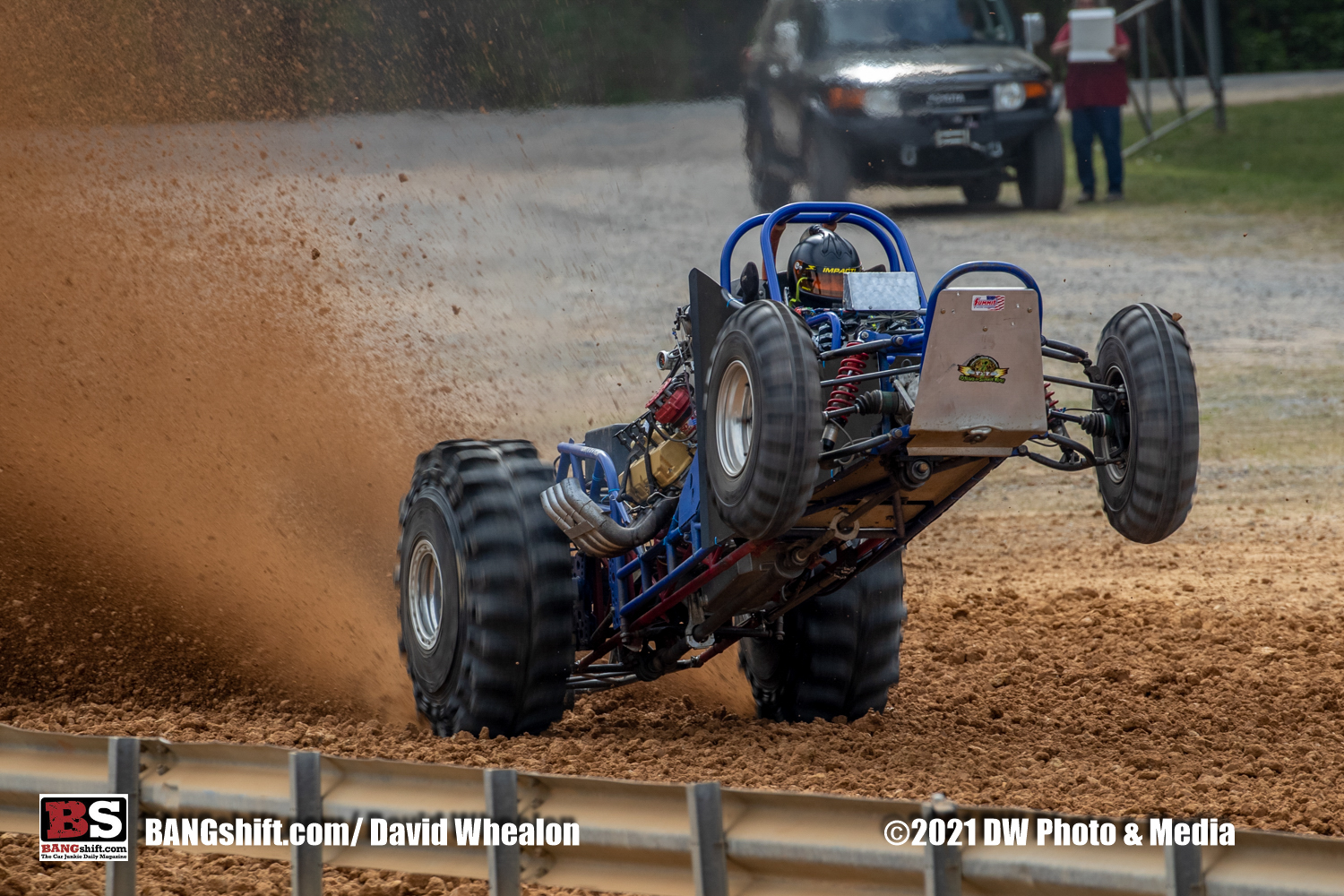 (Photos by David Whealon) – This may be the dirtiest day in BangShift history. Between the silt at El Mirage to the muck at the Lee County Mud Motorsports Complex we’re short on asphalt! David Whealon recently attended the muddy action at Lee County and had his picture taking machine. Mud racing is really awesome because it is like drag racing but on this surface that just wants nothing to do with hot rods running through it. That’s why they run over it.

You’ll see all kinds of freaky awesome stuff here. We don’t mean stuff that is built badly, we mean stuff that is just creative an awesome. Blown engines abound, some of these hot rods have the engines in the front, some in the back, and all of them have enough horsepower to make huge wheel speed in order to literally skate across the top of the muck and the mire.

We think of mud racing a lot like tractor pulling. It does not get enough respect and attention from the mainstream because if it did, more people would be flocking to places like Lee County. This is fun stuff and these rigs are bad ass.