The Sound Of Security: This 1950s Film Used To Educate The Public About Sonic Booms Is Wild – F-104 Starfighters In Action! 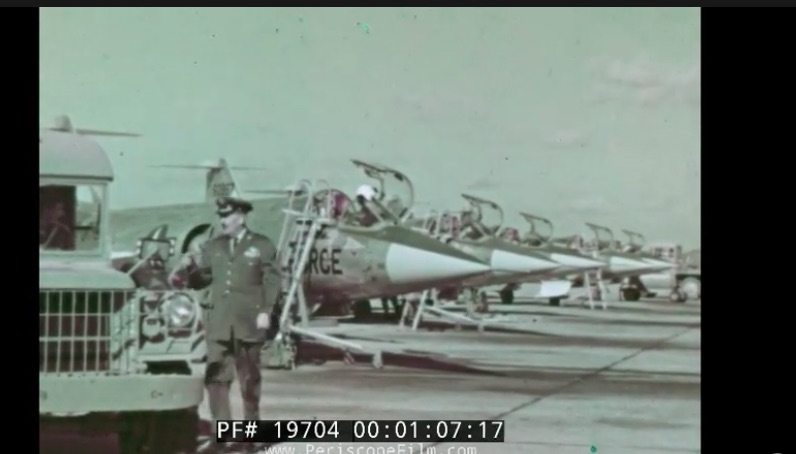 In the 1950s, the United States Air Force was facing a bit of a public relations problem. See, with the advent of super sonic jets like the F-104 Starfighter, the sounds of sonic booms were being heard by many people in cities and towns across America and they didn’t like it or understand it. This was a country still about 10 years off the back of WWII and hearing massive thuds in the sky or off in the distance was quite literally freaking people out. That’s where this film comes in.

Not only does the film explain the why and how of a sonic boom, it also appeals to the public to effectively accept the fact that the sonic booms that occasionally break a window or cause photos to fall off the wall are not only necessary but should be embraced as “the sound of security”. These sonic booms were the representation of the speed, technology, and prowess of our Air Force and like a wise man once said, if you are going to make an omelette, you’ve got to break a couple of eggs in the process.

If you love old school aircraft like the F-104, if you love the look and feel of the 1950s, or if you simply love a time period in America when people could be told, “Hey, get over it, this is what’s keeping Russia out of your front yard,” and have them understand, you’ll dig this.

We never knew about the “sonic boom problem” until we saw this film and read up on it. A fascinating and forgotten piece of mid-20th century history!

Epic Watch: The Life Of Mr 4-Speed - A Multi-Part Documentary On The Incredible Life Of Herb McCandless Rarely Seen: This Road Test Of The 1982 Lancia Zagato Shows Off One Of The Oddest Limited Run Cars Ever

One thought on “The Sound Of Security: This 1950s Film Used To Educate The Public About Sonic Booms Is Wild – F-104 Starfighters In Action!”