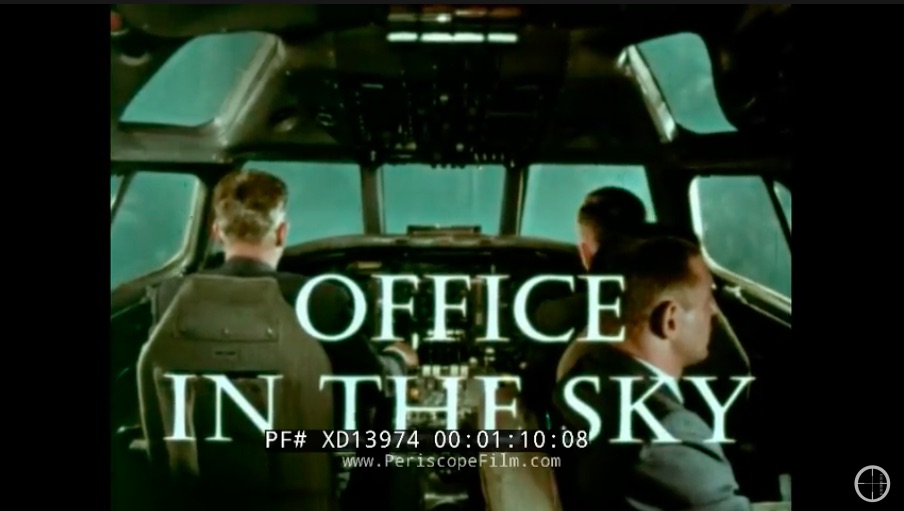 In terms of jobs that have some historically romantic appeal, the idea of being an airline pilot in the 1960s is pretty high on the list. Snappy uniforms, three guys in the nose of the plane, a far more exclusive flying experience than the lighter than air buses of today, and the lack of inescapable internet access make this whole scene sound pretty awesome. Today’s airline pilots are hard working, well trained, and highly skilled technicians in control of some of the most advanced transportation technology mankind has ever come up with.

This film is all about the crew and the methods of flying the DC-8 which was what United’s fleet was built around back then. The idea here was to show someone what the experience was like being a pilot for the airline. The idea of training, of seeing the world, of constantly working to get better, and being part of a then thriving organization like United Airlines. Of course most of these guys were former military pilots and they came in with a pilot’s license and an instrument rating. Coming in as a second officer, the new guy was the low man on the pole.

“Skip” is the name of the guy who plays the FNG here and we get to see his progress through the organization and its procedures. Flying a cargo-liner to start doesn’t seem glamorous and it wasn’t but it’s the first big step that a young guy made back then on his way to being a captain.

This is a great video and an amazing look back into an industry that’s currently hard on the rocks.

Press play below to watch this 1960s United Airlines recruitment film – So Cool!