Jolly Good History: This 1970s Video Looks Back At Land Rover In Its Prime And Shows Off The Tough British Rigs

Feb 17, 2020Brian LohnesBangShift XL, HISTORIC, MISC, Videos, XL VideosComments Off on Jolly Good History: This 1970s Video Looks Back At Land Rover In Its Prime And Shows Off The Tough British Rigs 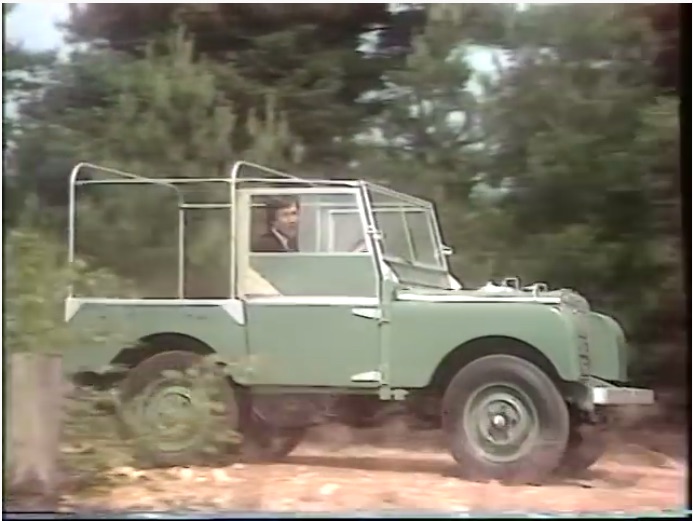 If we know one thing, the British are a prideful people. Pluggy, tough, and inventive, their country gave the world the Industrial Revolution, the roadmap for how to build a successful Navy, and the list goes on an on. England also gave us (and continues to give us) the Land Rover brand. These trucks were born in the late 1940s when a couple of ranking automotive executives decided that they shouldn’t be using American Jeeps on their farms and the British military should have their own go-anywhere, tough as nails trucks.

The result was the birth of a legend that had sold more than 1-million copies after less than 30 years of existence. This was a kind of miracle in an of itself as the host of the video intimates at the start of the video. See, the British auto industry in the 1970s was a dumpster fire. Labor disputes, quality control, and a host of other deeply seated problems saw the whole works basically collapse on itself. The exception was Land Rover and as this video was made, they were still building them as fast as they could sell them.

Like the classic Jeep, the thing we love about the Land Rover and the thing that Land Rover fans love is the brute toughness the trucks. They were not built to be exercises in styling or grace, they were made to get you to and through the places other trucks simply were not capable of.

We liked watching this because it gave us a window into the Land Rover world of the 1970s. Dig the short look at the Range Rover built for a sheik at the end of the piece. There’s a phone and even a chilled drink cabinet in that baby!

Press play below to see this cool look back at Land Rover in the 1970s – British tough!

BangShift Question Of The Day: How Much Fun Have You Had With Rolling Garbage? Rough Start: 1997 Subaru Legacy GT - Manual-Trans Rally Daily