Two Wheel Bruiser: This 1995 Review Of Honda Gold Wing Motorcycle Is Both Hilarious and Awesome 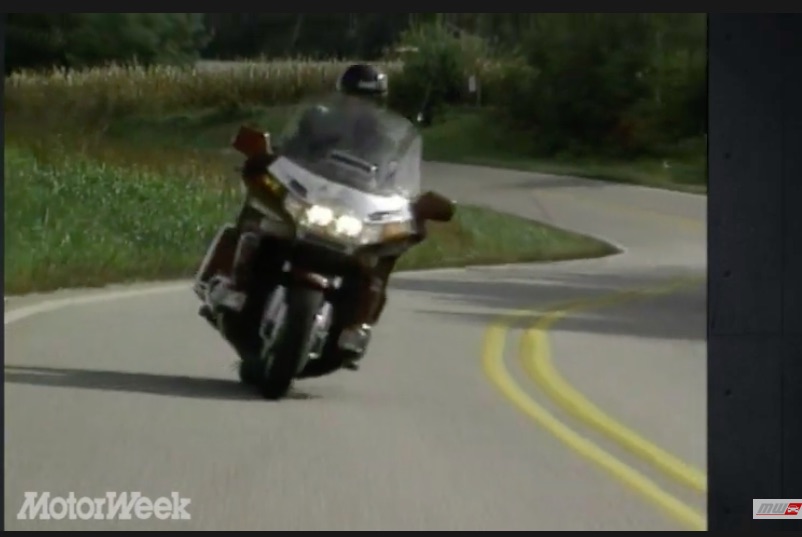 It’s the comically massive motorcycle we have all gawked at going down the highway. It’s the Buick Electra 225 on two wheels. It’s the Honda Gold Wing and for the life of that model name it has been a large order but it was in the 1990s when the Gold Wing became the highway mile crushing behemoth we know it as today. Packing a flat six engine, full car gauges, seats that you can live in and more trunk space than a Civic, this was a machine designed to swallow highway miles like candy and boy, have they ever.

This MotorWeek review of the 1995 Honda Gold Wing is awesome for many reasons but whoever the genius was that said, “Hey, park it next to that Honda CAR,” should have gotten a raise. We’re not kidding. It’s a stunning thing to see this motorcycle sitting next to an automobile and then revel in the fact that the bike is bigger in nearly every respect. Cripes, the thing is so big they gave it reverse!

Guys build awesome sleepers out of these, they make killer Cafe Racers out of them as well. We’re guessing that there have been more satisfied Honda Gold Wing owners per mile than any other make of motorcycle in America for the last 25 years but you still have to revel in its largesse. For many, many tens of thousands of people, these motorcycles were an open air motorhome. Taking them to places far and wide.

A big bike for a big country.

All The Money: There's A Disassembled Ram Air V Pontiac V8 For Sale On eBay And It's Not Cheap I Hand You $5,000 And Tell You That You Have To Pick One Of These Two Beauties To Buy And Drive Home. Which Do You Choose?