Oops! This Collection Of Old School Wild Rides, Carnage, and Funny Moments In Pulling Is Great 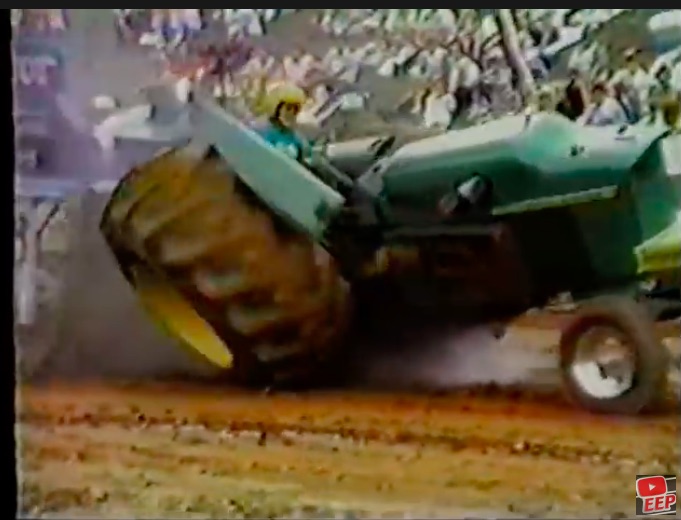 Back in the day, kids, there were these things called magazines and one of them, “Petersen’s 4-Wheel and Off Road” always had a back page called, “Whoops!” and there would be some funny photos of people in precarious situations with their rigs. It was the first page I read as a kid. Heck, they would do a  yearly Whoops! issue which was one of my favorites. Anyway, this video is called Oops! and it’s basically that but put to video in the world of pulling. The footage comes from mostly the 1980s and 1990s and showcases some awesome trucks and tractors…just not on their best day of competition.

From tractors pulling multiple engines out to others making a nice pull before catching fire, trucks turning huge RPM and becoming angle about it, and flagmen eating dirt while trying to control a hook, there’s something for everyone here. Yes, there is some mechanical damage but the human damage is zero, which makes this entertaining. The lead photo showing the John Deere rear end failure is a wild one and that dude was lucky to walk away because if things had gone differently he could have been smooshed like a bug in that mess.

Enjoy this look back into the good old days of pulling….well, not necessarily good days for these competitors but you know what we’re saying!

Press play below to see this collection of weird, wild, and wacky moments in pulling!

Watch Al Hofmann Run The Table At The 1995 NHRA Finals And Needle John Force The Whole Tim He Does It Don't Blame Me: McTag's Next Dodge Mirada Lives In Idaho And Has A Leaning Tower Of Power

One thought on “Oops! This Collection Of Old School Wild Rides, Carnage, and Funny Moments In Pulling Is Great”