Griztek Snow Challenge Hill Climb Racing Video That Has Us Wishing For White Stuff To Play In! 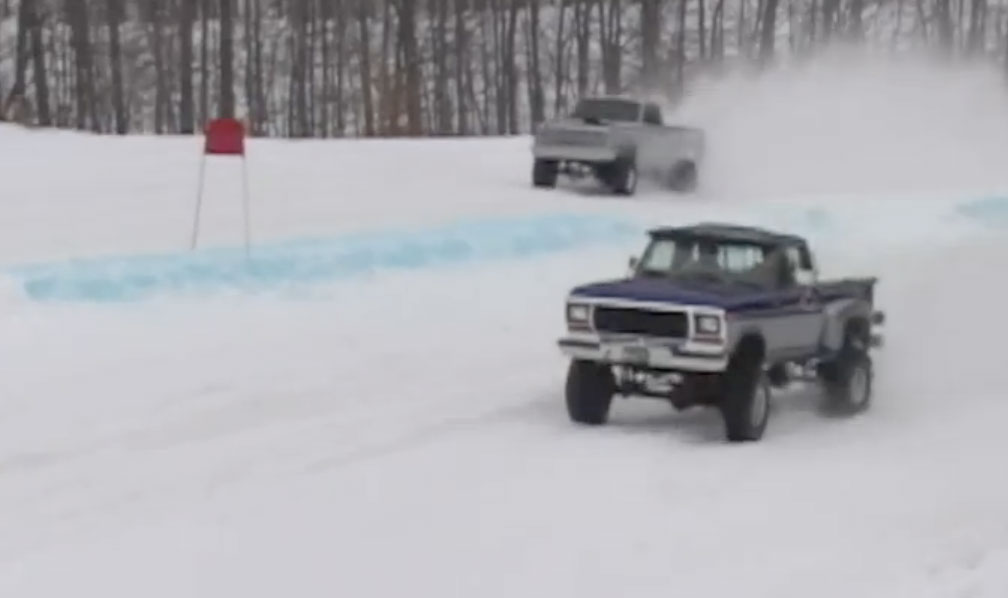 Last week we showed you cool video of what appeared to be sand drags, mud drags, and hill climb racers who were tearing it up going the wrong way on a ski slope, and it was awesome. Thanks to John Killion, who said he hasn’t seen anything like this before, because he lives in Texas, sent us a link for even more snow greatness. Below is a video of some cool highlights, lots of power, lots of tire, and a course that looks much more challenging than the one we shared last week. This one is much longer, has a right hand turn about 1/3 of the way through the course, and seems to be a lot looser based on the slippin’ and slidin’ that’s going on.

What we want to see is someone show up in a backhalf drag car (door car) with a set of paddles on it, and get it on. That would be a riot.

We dig it, and you will to.

3 thoughts on “Griztek Snow Challenge Hill Climb Racing Video That Has Us Wishing For White Stuff To Play In!”