Just picked up off of the original farmstead! This One Owner 1978 Ford F-250 Super Cab! All Original And Cool. 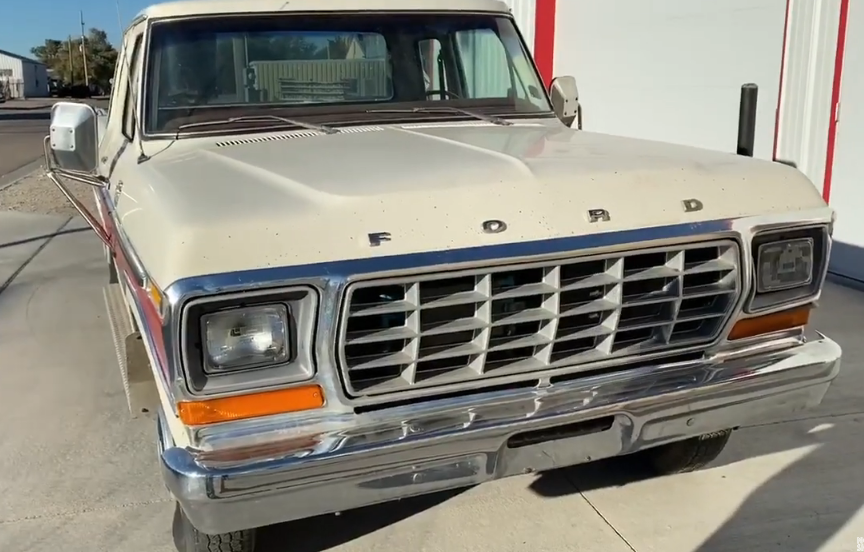 Our friend Chad Ehrlich finds some of the coolest old iron anywhere, and has an awesome salvage yard full of great parts and project cars. He’s always finding things to drag home and often gets the story behind them, which makes them even cooler in our book. This 1978 Ford Truck is one of those. This F250 Super Cab reminds me of the yellow one that my uncle Jerry drove when I was a kid, and this one has as many memories and stories in its history I’m sure. In this video Chad shares the story, shows the truck off, and shows some of the cool stuff that came with it. There is so much that we’ll probably never know about this truck as it has lived a very full life, but because it was bought from the original family we do know some of it and Chad plans to honor that. There are plans for this truck, and if you watch this video and the next one you’ll learn what those plans are.

I’m a Chevrolet fan to the core, but these “Dent Side” Ford Trucks are growing in popularity as we speak. There has always been a “Bumpside (67-72) vs Dentside (73-79)” rivalry between Ford truck fans but they are all more popular today than ever. We’re sure this Super Cab can be something fun and we can’t wait to see what Chad is going to do to it. Check it out.

Halloween Fun! The Taylors Dragula Inspired Coffin Car Fires Up And Does Halloween Burnouts! The Clamp: You Can Never Have Enough Clamps! Eastwood Has A Killer Selection Of Specialty Welding Clamps and Clamping Pliers

4 thoughts on “Just picked up off of the original farmstead! This One Owner 1978 Ford F-250 Super Cab! All Original And Cool.”