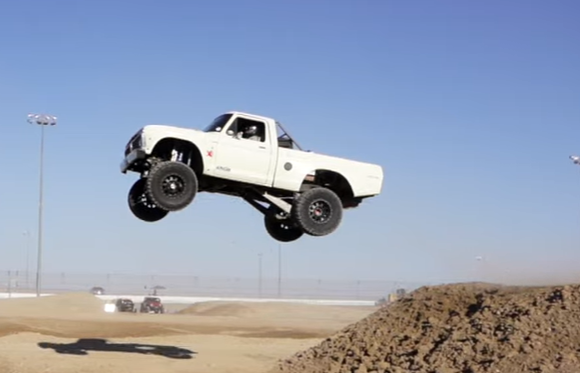 What’s funny about LS Swaps is the reactions you do, and DON’T get from people with regards to certain swaps. For example, unless you are at an all-Ford event, nobody even gives an LS Swapped Fox Body a second thought anymore. Hell, I bet there are people out there who have never actually seen one with a Ford engine in them. But a 1969 Mustang would probably get someone a bit torqued. And Ford trucks are sort of the same way, but in the opposite years. I’ve seen tons of early Fords with LS engines and nobody thinks anything about them since so many had small-block Chevys in them for so long. But you take a later Ford truck and people kind of scoff at it. Why? No clue. But I’m not a Ford guy, and the crowd matters too.

The off-road, and especially desert racing community, have embraced the LS engine and so it is considered universal horsepower at this point. This makes me happy, because I like power and I’d never own a Ford-powered dentside truck like this but this LS version is welcome in my driveway anytime.

Here’s the info from the video: