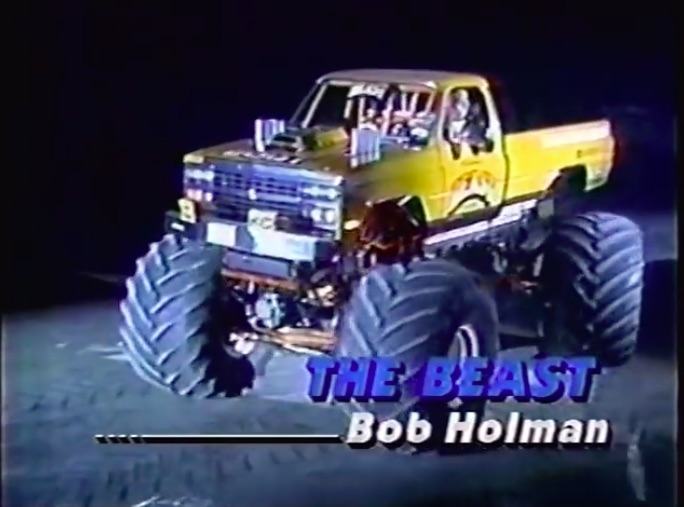 This is greatness. You are going to see a really well produced video from a 1989 Monster Truck and pulling show that was held in Indianapolis circa 1989. Indy is a motorsports obsessed city that turns out for drag races, dirt races, open wheel races, and go kart races like no other place in America. It is their culture and it is their way of live. It rules and they turned out 50,000 strong to watch this show back in the day. There’s multiple reasons why this video is so great. One of them is the ability to see the future running into the past. The evolution of monster trucks is hardly illustrated better anywhere than in this video. But that’s not even the best part. This is: 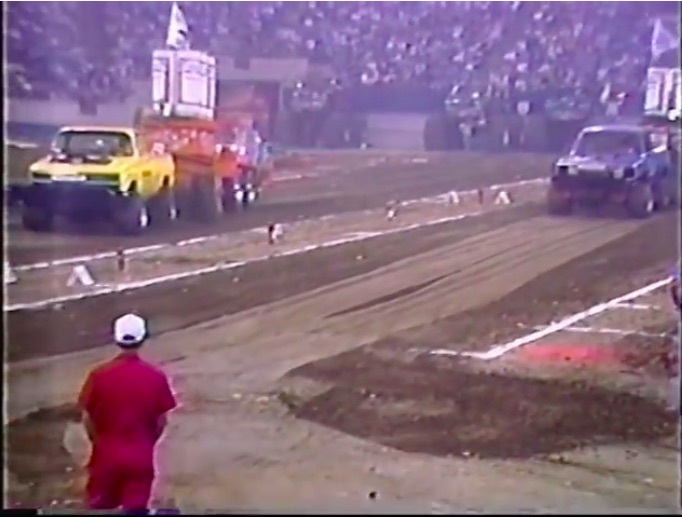 Yes, truck pull drag racing! These four wheel drive trucks were hooked to identically prepared sleds and they had to make a full pull in order to get an elapsed time. If they finished the run they got an ET and moved onto the next round. It’s a freaking pull drag race and this is awesome. Back when we were making the Put Up or Shut Up show we did this same thing with multiple engine tractors at GALOT Motorsports Park and it was a blast. I had heard that people had done this before and while I certainly believed it, I had never seen it. Here it is!

This whole video is great but we really love the fact that we see the pullers racing and a few of these things are really hustling! On the monster truck side you are going see Bigfoot with an advanced chassis and suspension make all the other monster trucks look as basic as they actually were. This was like Garlits showing up with the working rear engine dragster when everyone else had slingshots. Game changer.