The Capable Sloth: This Review Of The 1994 Land Rover Discovery Is Heavy On Praise And Glossy Over Shortcomings 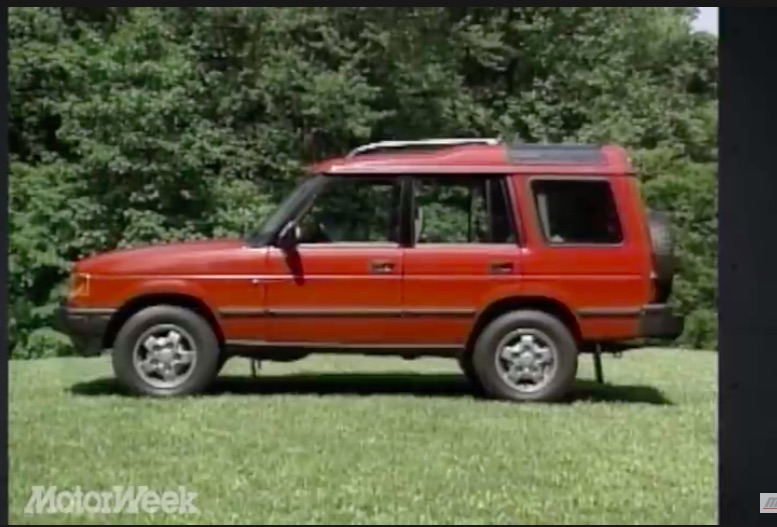 Back in the 1994 Land Rover was still a fully British concern and the name had some real cache here in the USA. They had the hardcore Defender which was expensive and designed to be lacking in frills but totally hardcore and capable off-road. They had the big dollar Range Rover which was luxurious but still capable when the going got rough. Then they had the mass marketed Discovery which took some of that Defender toughness and some of that Range Rover luxury, wrapped it in a handsome package, and was priced to battle with other upper end SUVs of the day. Let’s just say that the folks at MotorWeek loved it.

Using the 3.9L all-aluminum V8 that was effectively the GM aluminum V8 of the 1960s, the big heavy SUV had a grand total of 182hp. This thing was so slow they only ran the 0-60 test and never even give quarter mile information during this video. Oh, the 0-60 number? 14 seconds! And they basically said, “Well, yeah, we kind of figured it was going to be slow because it is heavy.”

Obviously the truck was not designed to be a drag strip terror but dang. On road manners and refinement were great and the only real issue with these things long term was their complete and utter lack of reliability. Electronics, engine issues, and driveline problems plagued these things and there are many horror-movie sounding ownership experiences out there. But hey, we’d probably still own one….and add a turbo.

Fun Video: Watch Some Of Drag Racing's Most Iconic Old School Wrecks With Modern Drag Racing Names You Know! The Track Nose Is Complete! Check Out What The Hand Made Panels Turned Into.