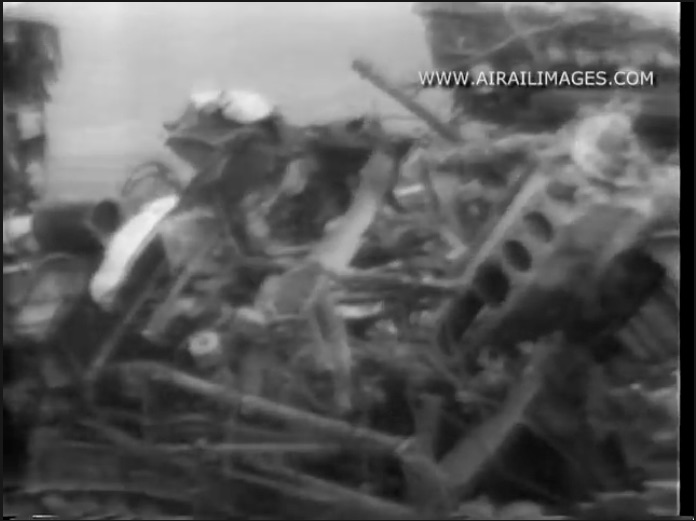 It’s one of those things that you may not think about that much. We always see the videos of WWII airplanes being built, coming out of the factories in droves to go and meet the enemy head-on. We never see the videos of the same planes being scrapped, salvaged, and taken apart for the good of the rest of the flyers and fighters who needed their parts and components to keep battling. Yes, this is a video featuring a WWII aircraft scrapping operation in North Africa. It shows the methods used to pull the planes apart, the awesome methods used to clean some of the parts, and how certain things were more important than others in the salvage world of WWII.

One of the neatest things you will see is the Susie Q, an airplane which after flying an incredible number of missions was finally put out to pasture. The reasons were not given totally but the thing is nearly 100% intact and you will see the nose art that indicates an airplane that had flown through hell and back dozens of times. Pretty wild.

We’re guessing that some of the local people working at this place had yet to see an airplane before the war came to them. You’ll heat the narrator refer to them as “The Arabs” when they are shown lugging stuff around and putting stuff in piles. A truly interesting mashup culturally at this time in history.

A different and cool WWII film here. You’ll dig it!

One thought on “Awesome Historic Video: Scrapping Airplanes In North Africa During WWII”