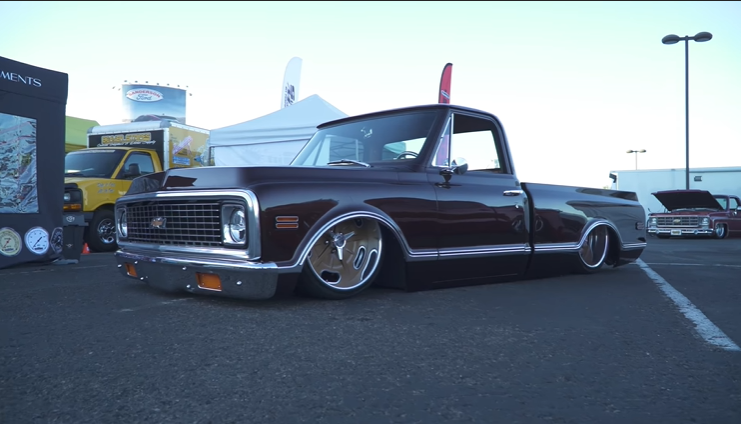 Dino’s Git Down originally started out as a group of friends getting together at Dino’s place with their trucks and over the years it grew and grew until trucks were parked all over the place, including up and down the streets in the area. It became too much to have at Dino’s and so the show that didn’t start out as a show, and that requires no registration and costs nothing to attend or participate, had to find a new home. It is now held in Glendale Arizona in a giant shopping area parking lot and it’s unlike any other truck show around. On Friday it is for 1938-1998 Chevrolet and GMC trucks only, and on Saturday it is open to any year and model GM car or truck. What makes it different though is the fact that no tailgating is allowed, no canopies, no smoking, no drinking, no loud music, etc. None of the annoying crap that makes a show go downhill.

I’ve never been, unfortunately, but have friends who have been going since the “old days” and never stop talking about it.

This new video from GrinderTV is the first of two from this year’s event and will give you a taste of just what kind of rides you’ll find at this show. Check it out and let us know what you think.