Innovation In Action Video: How Dodge Stepped Up And Produced The Sperry Gyro-Compass During WWII 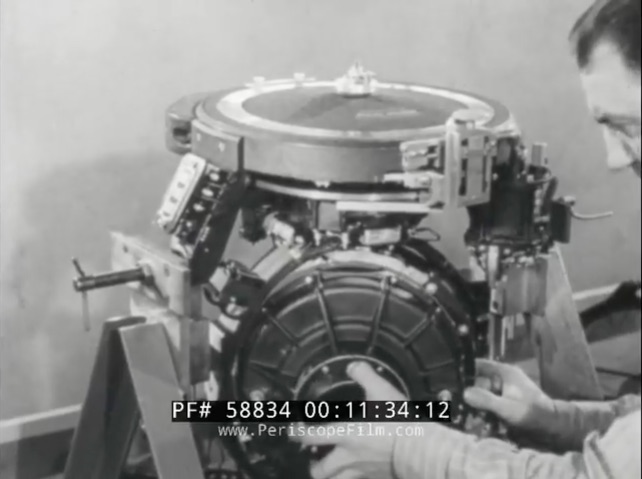 The stories of innovation, engineering, and manufacturing heroism during WWII are legend and will be until the end of time. From Ford producing airplanes by the gripload to GM cranking out trucks and weapons, and Chrysler building tanks and all manner of other stuff, it is just amazing as to what the auto industry did for the war effort. One of the stories that is not as well reported surrounds a less sexy piece of equipment that a car builder stepped up to fill the void on and it may be the most impressive tale of all. A company called Sperry developed a product called the Sperry Gyro-Compass and it was an integral piece of equipment used Navy ships during the war. In an effort to reduce the effect of magnetic floating mines, engineers figured out that running a low level of electrical current around the hull of the ship all but made the mines useless. It also made the navigational compass on the ship useless.

The problem was solved by Sperry. The company developed an electrically powered gyroscopic compass that pointed to true north at all times and was not adversely changed by the typical stuff that freaks compasses out. There was one problem. The compasses were incredibly complex and hard to build. Sperry was never going to be able to keep up with the production rate of ships that were hitting the water on a daily basis at yards across the country. Enter Dodge who was approached by the government to build the units and they were given 21 months to figure out how to do it. They were not able to use any of the same suppliers as Sperry and basically had to handle the whole thing on their own.

Seven months after being awarded the contract, they shipped the first one. This is all about American know how, desire, and drive. It is an amazing story and the film below tells it all.

Video: For A Brief Shining Moment In 1994 Rhode Island Had A Drag Strip Again Wolf In Rabbit's Clothing: Watch This Turbocharged VW Make 1,000hp To The Tires

One thought on “Innovation In Action Video: How Dodge Stepped Up And Produced The Sperry Gyro-Compass During WWII”