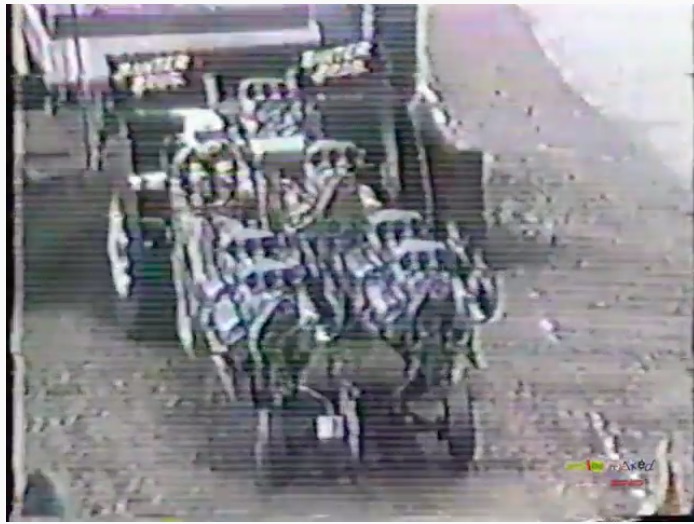 It is not exactly a hot take to say that Ralph and Dave Banter were the best team that tractor pulling has ever seen. The guys stacked up championships like cordwood, they were incredible innovators who introduced the idea of placing, 4/5/6 engines on a tractor and made the equipment to do it, they were respected and respectful, and they tried all kinds of wild stuff over their illustrious, hall of fame careers. Ralph was the engineer and Dave, also whip smart, aided in those efforts but was a total rockstar behind the wheel of whatever behemoth had been prepared for him to compete in. Not every idea is a winner for reasons of their own and the fact that the boys even tried this weirdo “side seater” tractor a couple of times is a testament to their greatness. So what is this thing you’re about to see?

It’s a tractor with an offset driver location to the right and forward of where it normally is. Hey, it was not uncommon to have field tractors with the driver to the driveline offset to give the operator a better view of the work they were doing so this isn’t exactly like a foreign idea here, but then again that’s not what these guys were trying to achieve. Our best guess on this, especially when you see the thing pull with four engines and then magically with six engines, is that moving the driver forwards and placing 1,000lbs (in the form of the engine) directly on top of the rear axle would give the machine better bite.

The experiment was short lived and the tractor was only seen a couple of times. Dave apparently hated the way it drove and did not not like his position basically nestled in that sea of blown big block Chevy engines. It was a neat experiment and something that the guys undoubtedly learned from. Sometimes changes in racing and motorized competition are small and subtle and sometimes they’re big like this. They’re not all guaranteed to work but they sure make it more interesting to watch when they’re tried!

Press play below to see the short-lived, kind of weird, Banter Brothers side seater hook!