These M3 Amphibious Bridge Vehicles Are Awesome! They Go Anywhere And Let Everyone Else Go Wherever Too! 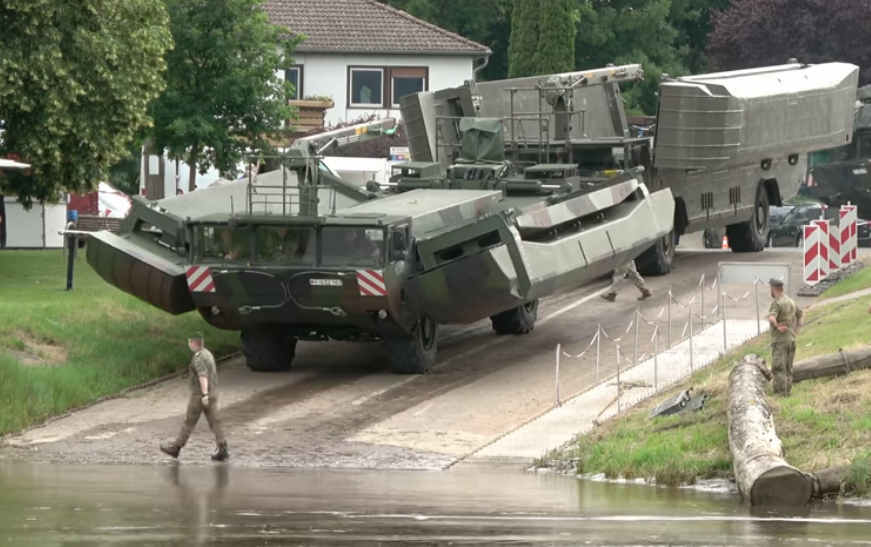 We always think about war being guns and bombs and “warfare”, but the truth is that most of it is more about logistics and transportation. In 1942 The United States Naval Construction Battalions, which would come to be known as the Seabees, were formed and became insanely critical to war efforts in World War 2, Vietnam, Korea, and more. These crews built a lot of stuff to get lots of people and equipment from one spot to another. Unfortunately they also sometimes found themselves in places with very little support or protection when they were the first ones into an area. But us Americans weren’t alone. There are similar groups in all armies and they are some of the truly unsung heroes of every single war.

Since 1942 there have been huge strides in the area of military vehicles development and that goes for every army out there. Not only have military vehicles gotten more high tech, faster, and more reliable, but also more specialized to be able to do jobs that normally would have taken a lot of people. Such is the case with bridge building. When you can instead have a vehicle, or series of vehicles, that can build a bridge for you in just minutes that is one hell of a machine.

Watch this video and see some awesome M3 Amphibious Bridging Vehicles in action. Made in Germany and used by the German and British armies, these awesome rigs have pontoons that fold out to make them amphibious and then ramps that connect to the sides to make them into a bridge. When combined with other M3s, they can make a bridge as long as you like and can carry tanks and anything else you can imagine. These suckers are awesome and fun to watch in action. In this video they are being use to shuttle people back and forth across the river for a festival.

One thought on “These M3 Amphibious Bridge Vehicles Are Awesome! They Go Anywhere And Let Everyone Else Go Wherever Too!”