This Is What It Takes To Win The Baja 500. Watch The Action Behind The Win

Jun 08, 2019Chad ReynoldsXL Spotlight, XL VideosComments Off on This Is What It Takes To Win The Baja 500. Watch The Action Behind The Win 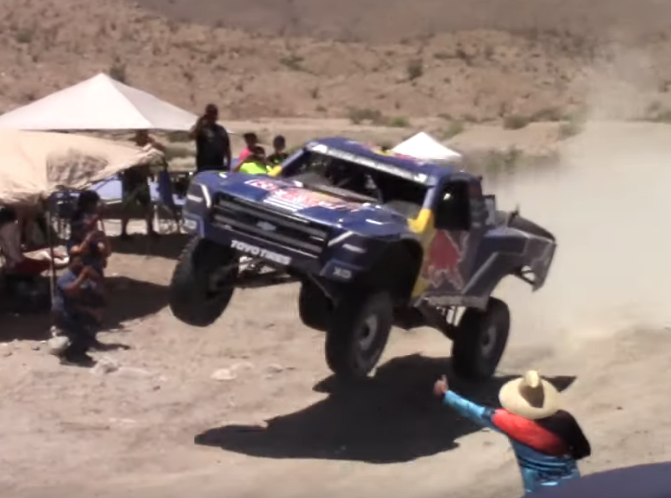 Desert off-road racing is a completely different beast than any other kind of racing. I’m not saying that winning races in any series isn’t hard, because winning takes work, but there is something completely different about racing across hundreds of miles of nasty terrain that is just as likely to best you as any of the competition. That’s right, the course itself is your toughest competition, and that isn’t just something they say to make the racing seem cooler. If you win at Baja, whether at the 500 or 1000, you earned it. SCORE International has been putting on the premier off-road races in Mexico for decades and this year’s BAJA 500 certainly didn’t start off easy. With silt beds that had the baddest trucks on earth forced to dig and scratch and slow to a crawl, or stop altogether, this was one of the more stressful and dramatic starts to a race in BAJA ever.

It was so bad that race organizers paused the start of some of the vehicles following the Trophy Trucks so that they had a chance to get clear and out of the way once everyone else started coming through. This was one dramatic and weird and crazy start to a desert race. And we loved it! We’re sorry to those who fought their way through it, but for us it was a riot to watch and we can’t wait to see the next one.

And if Andy McMillin’s performance this time was any indication, the BAJA 1000 should be interesting as the Team Red Bull racer showed the world what he was capable of. And it was impressive. Watch all the cool action in this video and you’ll understand a bit of what it takes to win. Keep in mind that the video just scratches the surface.

Every Last Detail: Figuring Out Why A Ford Truck Refused To Idle He Didn't Blow The Welds: Check Out The Damage A 50-shot Of Spray Did To A Prius!