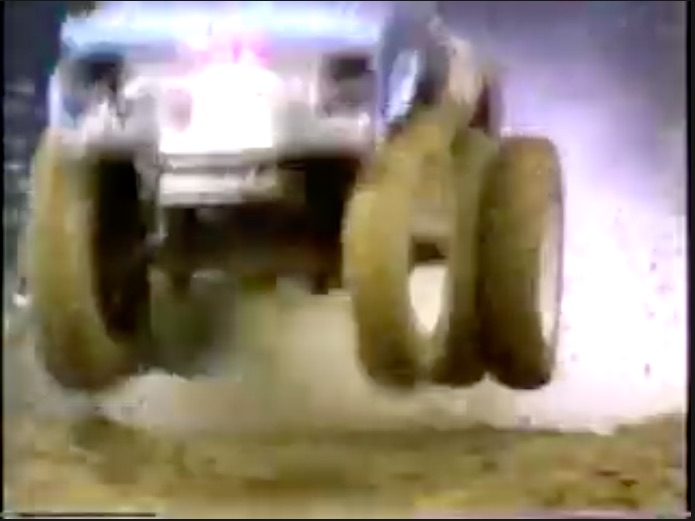 The United States Hot Rod Association was at its peak in the 1980s. Putting on the indoor monster truck shows, pulling events, mud bogs, and more they were drawing massive crowds in cities big and small each week. There was TV coverage, merchandise galore, and frankly they made it possible for guys who owned monster trucks to not just run them every now and again by their homes but to travel the nation much in the way that 1960s drag racers did to perform and race.

This promotional video was made by the USHRA for their sponsor Cam 2 racing fuel and oil. We’re guessing that it was run on the big screen at the different arenas that the performances would take place or it was made for a year end celebration and as a good will gesture between the company and a large sponsor. Either way, it’s pretty great because we see the coolest trucks, tractors, and people getting it down by crushing cars, slogging through the mud, and hooked to the pulling sled.

If you were a kid in the 1980s or just a kid at heart in the 1980s who watched this stuff on TV or begged your parents to take you to the local hockey rink to watch the fun, you are going to love ever blessed second of this.