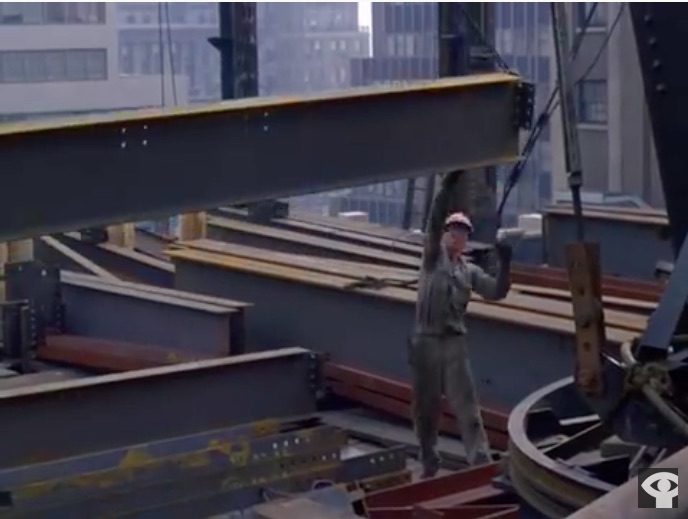 The year was 1916 and the event was the construction of the Hell Gate Bridge. It was this occasion that brought a significant number of Native Americans from the Mohawk Tribe to New York and gave rise to the legend of the Mohawk iron worker that helped to literally build New York from the ground up. During that early bridge construction, Mohawks tended to gravitate toward the most difficult and challenging of jobs, riveting. Impressing supervisors and other workers, the stories of the Mohawk iron men soon grew.

When New York went on a building boom the likes of which the world had never see, the Mohawks were there as well. Often stationed 12 hours from home for weeks at a time, they erected the steel frames of the most famous buildings in the world and did it with a stoic confidence that was seemingly impossible to define.

The Mohawk men were never impervious to fear but their managed it in a different way that made them seem invincible. Their work was speedy, accurate, and safe, which is a loosely based term.

This documentary made by the Film Board of Canada is amazing because we live the life of the high steel with a Mohawk man. We see near misses, sweat, relaxation, and what he’s working for by the end of the film. This really is awesome.

This 1971 Vintage Drag Video From Lions Is The Coolest We Have Ever Seen! Hot Rod Magazine Drag Week 2019 Photos: A Wet But Fun Monday In Virginia Started The Week