Dragline Videos! This Big Old Machines Still Have Their Place – Especially In The BangShift Hall Of Fame! 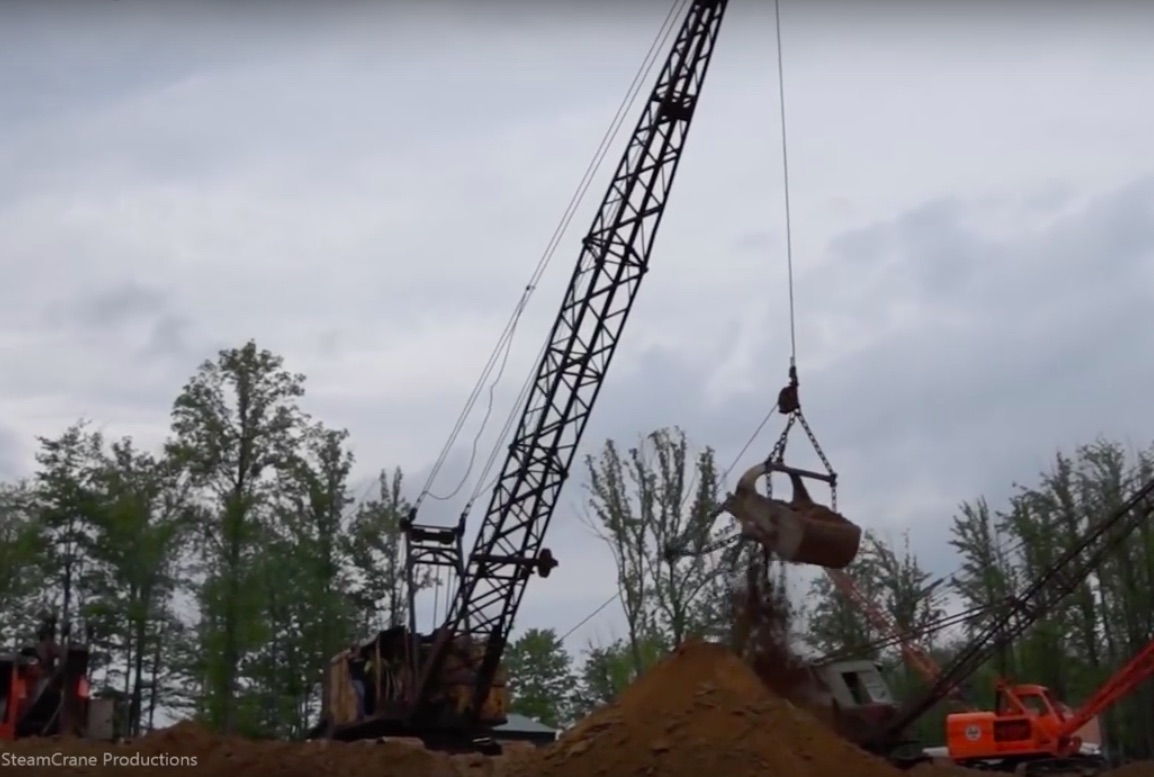 (By Greg Rourke) – There are lots of ways to move a bunch of dirt. You can use a wheelbarrow and a shovel, but where’s the fun in that. Backhoes, bulldozers, skid loaders, and excavators are all much easier. Before there were all those implements, there was the dragline.The dragline was invented in Chicago in 1904 to help build the Chicago Sanitary and Ship Canal.

The design has been refined over the years, but the basic idea remains the same. A  crane is equipped with three winches. One lifts the boom, one lifts the bucket, and one pulls the bucket toward the machine, scraping dirt into it. The lift cable then lifts the bucket as the house swings, and when the drag cable is released the material dumps. Repeat as necessary.

Early machines did everything mechanically, no hydraulics were used. A bunch of armstrong levers engaged and released clutches for the winches. Later they used air controls making it somewhat easier on the operators, but they still required a great deal of skill to operate efficiently. And the operator was often sitting on a steel seat with a screaming Detroit Diesel behind him, so it wasn’t all peaches and cream just because the levers were easier to yank. The best operators could swing the machine while releasing the drag cable, whipping the bucket well past the tip of the boom.

While modern hydraulic backhoes have largely taken over most dirt digging, there’s still a place for draglines. They are often used in strip mining, with huge machines built on site. They are used for pond dredging as well, their long reach and ability to remove material underwater where the operator cannot see makes them uniquely suited. Usually the remaining draglines are run by graybeard operators who aren’t scared away by the lack of air conditioning and air suspension seats.

If BangShift was an excavating contractor instead of an awesome web site, Brian and Chad would be yanking levers on vintage Bucyrus Erie and Bay City Shovel draglines.