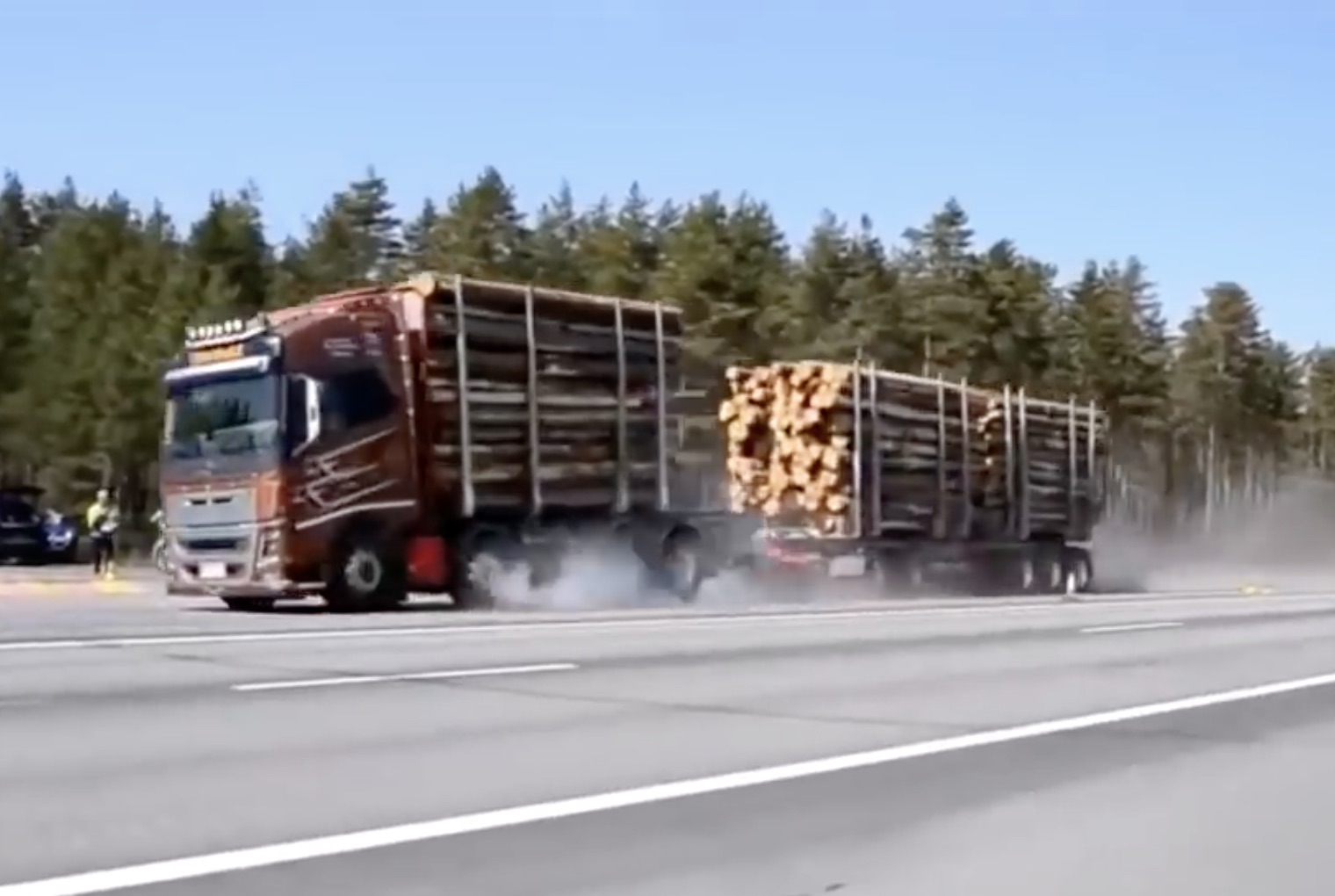 Consider this video a three-in-one special, because that’s what you will get. Three different sections, all involving big machinery. We like our smaller, sporty machines just fine, but there is something awesome about moving around tons of vehicle, whether it’s a semi truck or a piece of military hardware. But getting all of that weight moving is one thing…getting it stopped is a whole different ballgame. Momentum and weight will combine to fight friction, and that equals heat. And if that’s not enough, it can induce carnage if applied inappropriately. So how do you determine if the brakes on a big vehicle are suitable? You test them. You run the loaded semi-tractor and trailer combination up to speed, you drill the pedal, and you measure how long it took to stop the truck. You won’t see Kenworths or Freightshakers hauling down from speed here, but you will see a fully-loaded log carrier go from speed to stopped without turning into a scene from Final Destination 2. You’ll see what it takes to drop farm tractors down to a standstill while hauling a proper load. And you won’t see any drama…which is honestly nice and satisfying, in a way. It’s nice to know that tons of metal traveling along at speed can be stopped in such a straightforward manner.

The second act of our show is more or less an advertisement for the driver aids added into the Mercedes-Benz Actros cab-over rig that’s popular throughout much of the world. It’s nice to know that the truck won’t take out a bicyclist or an idiot who will walk out in front of a semi-truck at basic road speeds, but this is where the whole “the truck is smarter than the driver” thing becomes a statement about how much trust is put into a professional driver versus the responsibility of the public in general. Moving on…The last bit comes from Bullet Proof Diesel and their Chieftan main battle tank. If the tank looks familiar, that’s because it’s the same monster that squished a Toyota Prius flat for the Roadkill guys a few years ago. This time, though, it’s more basic fare, almost as if they are single-handedly flattening the expensive items at a bad garage sale.

(Thanks to Junkyard Digs for the tip!)

Seized And Up For Auction: The Carpoff Collection Government Liquidation 1973 Footage From US 30 Dragstrip Has Top Fuel and Pro Stock Legends