Hydrazine Video: This 1966 NASA Film Is All About Hydrazine, How Bad It Is, and How It Is Properly Handled 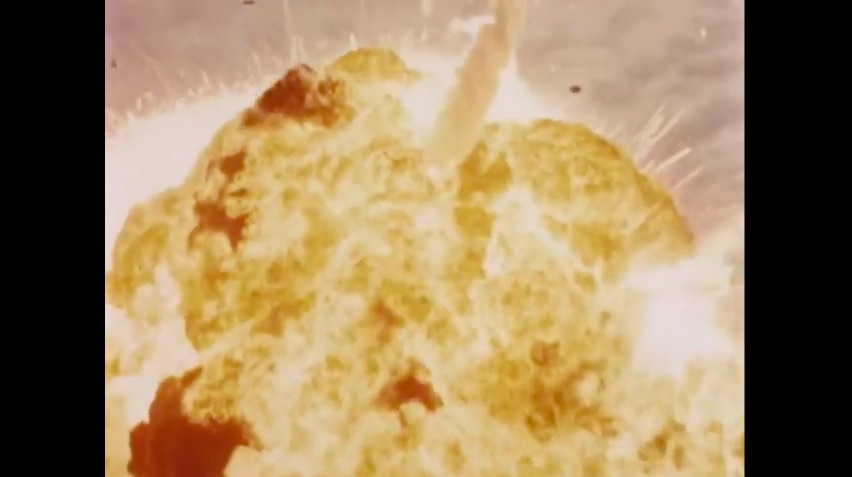 While nitromethane is some tough stuff when it comes to fuel, the legend and mystique surrounding Hydrazine persists. Hydrazine is rocket fuel and it was reportedly used on and off by drag racers in varying levels during the 1960s to increase performance and send parts into low Earth orbit. Some claim that Chris Karamesines used it during the disputed 200mph run at Alton, Illinois in 1960. Other old time racers have told us that a simple test tube of the stuff would transform a nitro engine into a self-destructive animal that (if it lived long enough) would run like nothing they had ever driven. The stories about procuring it are interesting but the bottom line is that the drag racers didn’t really know what the hell the stuff was other than it would make internal combustion engines extremely pissed off. We think that if they had seen this 1966 NASA video they would have probably run away from the stuff at its mere mention.

Admittedly you have to be a pretty big dork to find this video as enthralling as we did but hear us out. The film is a 1966 NASA safety piece that talks about what hydrazine is, why it is used, and then it goes into great detail talking about how dangerous the stuff is and all of the various ways that it can kill you. They handled hydrazine like it was a monster constantly trying to escape its bonds and essentially that is what the stuff was and is. There are some cool demonstrations both in the lab and outside of it which show how volatile this stuff is. Of particular interest was a comparison to gasoline which provides perhaps the most relatable and stark example.

Finally the other exceptionally cool thing about this video is a look into the world of NASA years before we actually put a guy on the moon. Yes, we were shooting people and things into space but NASA was still in full thrash mode to get their Apollo program into high gear. The various families of rockets are introduced and explained as well. If you are a historical space dork, you are not going to do much better than this footage.

There’s no denying that at least a small percentage of the hydrazine stories are true. There’s also no denying that the majority of them are probably bullshit. After watching these videos and thinking about caviler drag racers messing with this stuff, if it had happened in the volume some believe there would have been a pretty big body count.

7 thoughts on “Hydrazine Video: This 1966 NASA Film Is All About Hydrazine, How Bad It Is, and How It Is Properly Handled”