The Littlefield Collection Auction in Portola Valley, California is a survivalist’s wet dream 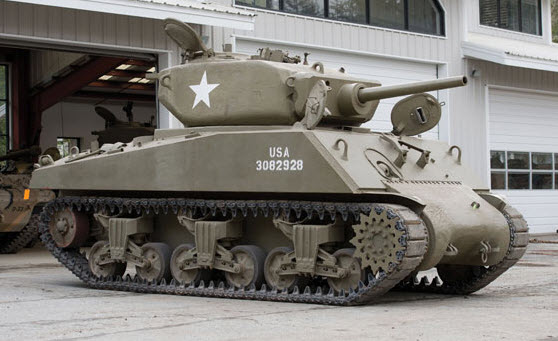 Next month, Auctions America is holding in auction in California featuring The Jacques M. Littlefield Collection, which they’ve billed as “perhaps the largest and most historically significant private collection of historical military vehicles in the world.” Regardless of whether it holds the title, the auction house has 200 historic lots up for bid, enough to start your own private militia. 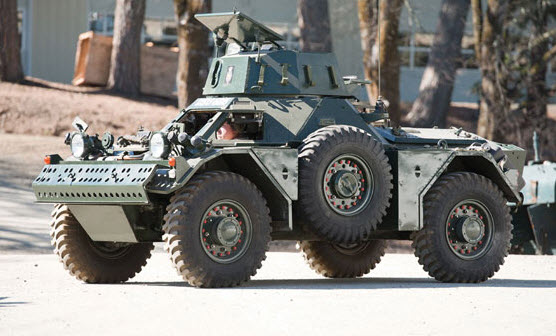 The auction runs July 11 and 12, 2014 in Portola Valley, California, with over 100 vehicles plus a day of parts and accessories from this collection, and nearly all of it is offered without reserve.

The best news for fans of military preservation, 100% of hammer from this auction will benefit the Collings Foundation of Stow, Massachusetts. The Collings Foundation is a non-profit educational foundation, founded in 1979, dedication to the organization and support of “living history” events that enable Americans to learn more about their heritage through direct participation. Since 1989, a major focus of the Foundation has been the “Wings of Freedom Tour” of WWII aircraft. This tour showcases two fully restored bomber aircraft: a B-24 Liberator and B-17 Flying Fortress. The newest addition to the Wings of Freedom Tour is a WWII P-51C Mustang dual-control fighter aircraft.

This GAZ Light Amphibious Vehicle has my checkbook quivering: 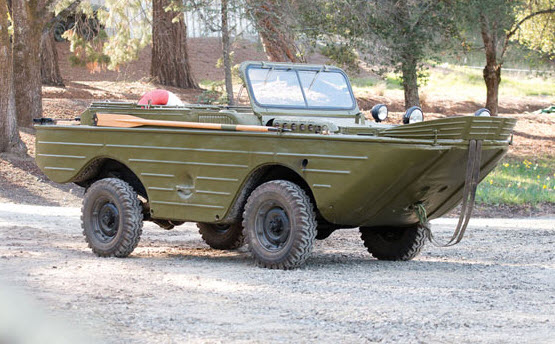 Prior to the start of World War II, the U.S. Motor Transport Board put forth the requirement for a 1/4-ton light amphibious truck. Competition for the contracts was between several companies, including Ford Motor Company who ultimately won out. Their vehicle, know as the Ford GPA was based on the ubiquitous Jeep. Production began in 1942 with over 12,000 being by before production ended in March 1943. The vehicle was not very popular with U.S. forces and most of them were diverted via Lend-Lease to the Soviet Union. Others went to the UK, France and Canada.

In Soviet hands, the vehicle was extremely popular. It was issued to reconnaissance units who used them to traverse the many swamps and marshes of Eastern Europe. After the war, a plan was put into place to produce a domestic version. Based on the GAZ-69 Russian jeep, the GAZ-46 went into production sometime in 1952. The GAZ-46 was given the military designation of “Malyj Avtomobil’ Vodoplavayuschij or “Small Amphibious Vehicle”. Production of the MAV (GAZ-46) ended in 1958.

I also think this 2S7 203-mm Self-Propelled Gun the Russians sold to Czechoslovakia might be just the ticket to park in my yard and convince my neighbor to get his house painting project wrapped up. 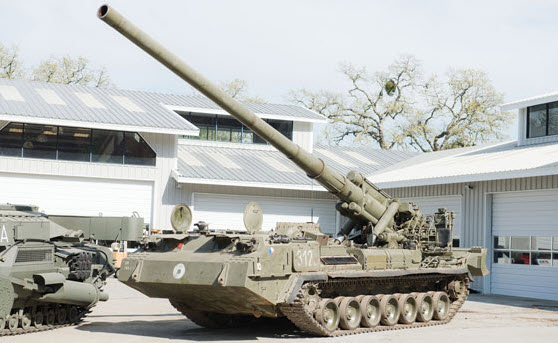 A special episode of Auctions America’s Million Dollar Collections will air on the Velocity channel in June. Hosted by noted veteran and actor Dale Dye — the guy who ran a six-week, authentic boot camp for the actors that appeared in Saving Private Ryan —  the program will feature the history of the collection and spotlight vehicles offered in the sale.

Most of the auction is being offered at no reserve, but these five unique lots have a reserve price: 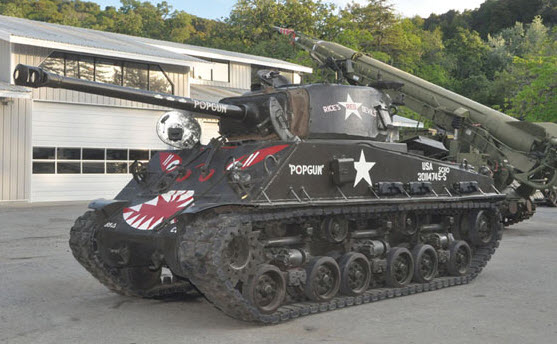 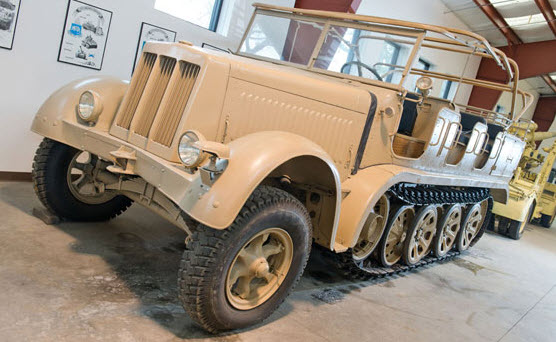 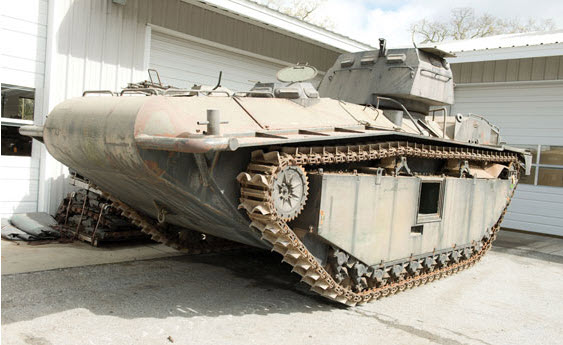 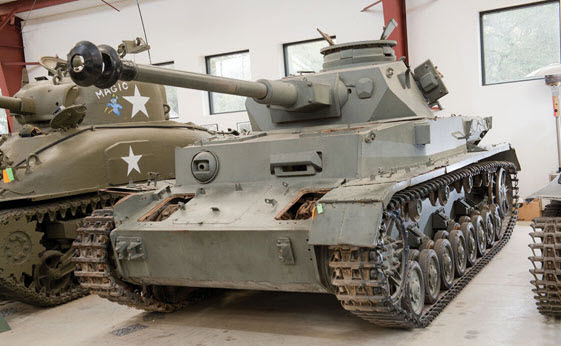 This auction is going to generate MILLIONS in support of the Collings Foundation. Check it out when you get a chance, and if you get the opportunity to see the “Wings of Freedom” tour, definitely clear your schedule.