A Mucky Roll Over Video: Watch This Dude Turn His Mud Boggin’ Jeep Over Onto Its Lid 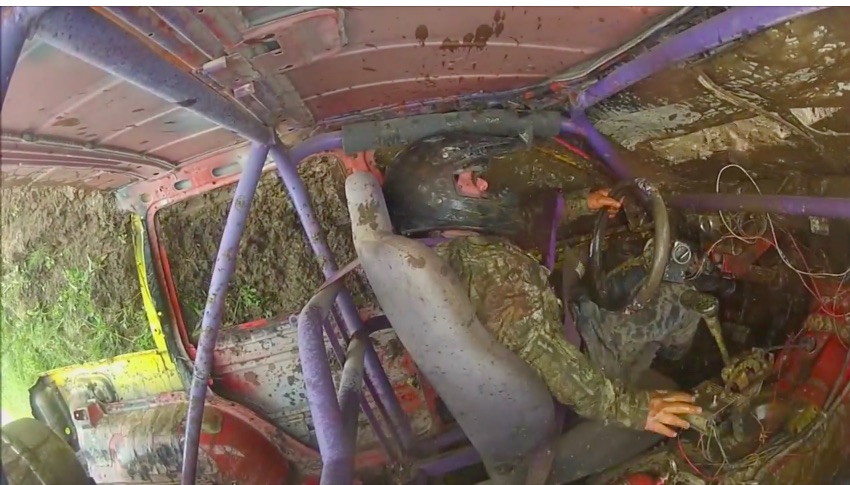 Well look, if I was going to turn my mud bogging Jeep over onto its lid I would want to do it in the lovingly soft arms of a mud pit. Why? There’s all that bouncing and jarring and rolling that come from turning your stuff over on a trail or on a street but if you do it in the mud the Earth just kind of catches your stuff and you’re fine. The caveat here being that if the mud is deeper than the distance between your helmet and the roof you could drown but who’s thinking those dark thoughts? Not us!

You are going to watch a guy in what looks to be a gutted Jeep Cherokee attacking a long and apparently winding mud pit somewhere in this great land. We’re going to take a guess and say that this event is being held in the dirty south because where else would it be, right? Anyway, the V8’s rumbling under the hood, the guy is wearing a camouflage jacket, a dirt bike helmet, and there’s lots of exposed wires. The scene is set and our hero plunges into the mire of this seemingly untamable mud bog.

Things are going pretty well and pretty slowly as he works through the heavy stuff but then he gets to a place where you hear the motor pick up and the swamp grass starts to really whip past the windows of the truck. Our hero is making speed! That speed comes with a price as it seems he hooks a rut and before he knows it, he’s making a failed effort to keep the truck on four wheels. Thankfully he has a 5 point harness on because honestly with a 3 point belt, he’d have probably whacked his head pretty good as the thing rolls down onto the driver’s side  before ending up on the roof.

People talk about a gentle roll but the reality is that no matter how slow the roll and how soft the ground, you land with a thud. Watch this.