The Way It Was: These Photos of Trucks, Roads, and Factories From 100 Years Ago Are Awesome 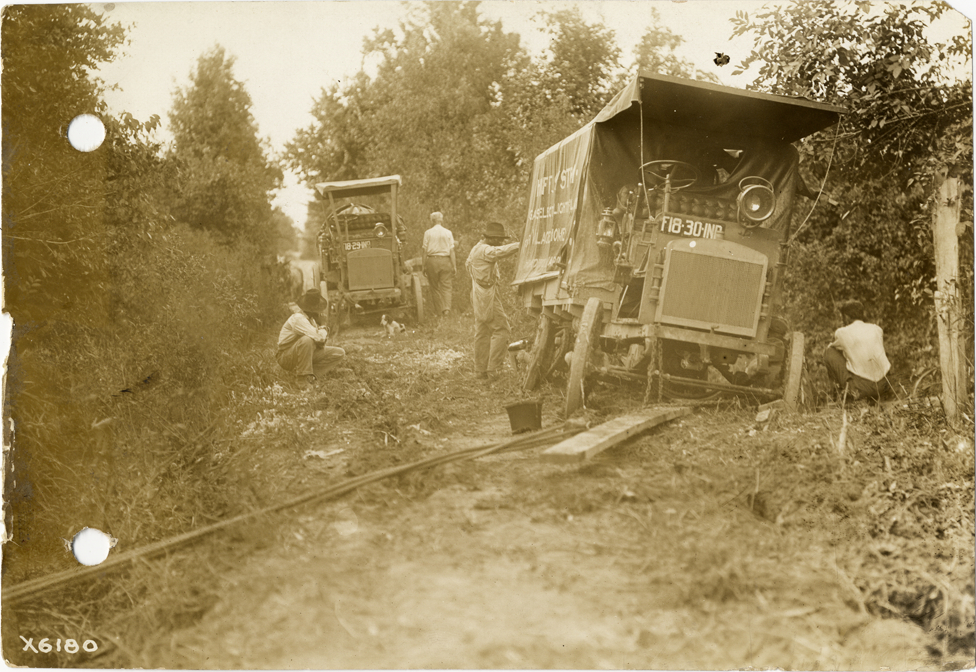 (Photos from Detroit Library Digital Collection) – One of the things we love looking at in these old photos that we have been periodically showing you are the backgrounds of the various scenes. The country looked so much different 100 years ago. So many trees, so many fields, so much openness. There are still areas of the country like that, obviously the midwest has space for days but when you get near the coasts, the world gets all mashed up on itself and tight, right? While it is fun to look at the photos and think about how awesome it would have been to be on the adventures that some of these guys were on, an honest dose of reality is kind of sobering as well.

If you look at the lead photo, you are seeing a truck that has broken down in the bayou country of Louisiana. This would have been an area 100 years ago where there were no hotels, no parts stores, no cell phones, maybe no blacksmith for 50 miles, and yet the guys needed to get their stuff fixed and forge on. There’s an element of fun adventure and then there is also an element of unending dread when every day became a plodding slog though muck and crud that was constantly trying to swallow the trucks whole. It would be fun for a little while but not months on end we suspect.

Simple, tough, and cool, these old trucks were proving, one mile at a time, that the USA needed a highway system befitting of its new culture of motorized transport. The guys that made these trips were a special breed and the trucks they made the trips in are the stuff of legend.

Click the images below and then scroll on to see them all – vintage truckin’!

This Video Profile Of The 1963 Daytona 500 Is Amazing and Awesome - The Cars And The Drivers! Large By Huge Video: This Look At The Biggest Four Cylinder Engines In The World Is Neat!