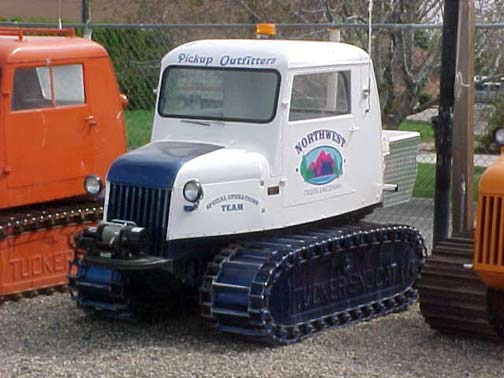 I don’t care if the Spring Equinox is a little over a week away, it’s Spring at BangShift Mid-West HQ. The grass is growing, the saturated fields are finally drying out, the house finches are swarming the rosebush outside of my office, and I’m sitting at the computer, exhausted after re-acquainting myself with the fine hobby of gardening, something I actually do pretty well in. The sun is out, the breeze is nice, and the temperatures are warming up…these are things I like to see. Anything that keeps winter weather at bay is just fine by yours truly. As I was relaxing with a cool drink in my office chair, I hear my wife go into “IT’S SO CUTE!” mode over something she found online. What could it be? Kittens? Baby items? Nope…it’s something meant for winter use.

This adorable little creation was the reason for her excitement: the Tucker Model 222, also known as the Sno-Kitten. The Tucker Sno-Cat Corporation was built up in the early part of the 20th century by E.M. Tucker, Sr. after he had spent considerable time trying to design a vehicle that would be able to traverse soft, deep snow like the kind that fell in the Rogue River Valley area of Oregon, his home. In 1941 his first prototype had been built and in 1948 he demonstrated it’s durability by driving the vehicle on a 600 mile trip from Mt. Shasta to Mt. Hood in Oregon. In 1958 Sir Vivian Fuchs used four Tuckers on the first overland crossing of Antarctica. 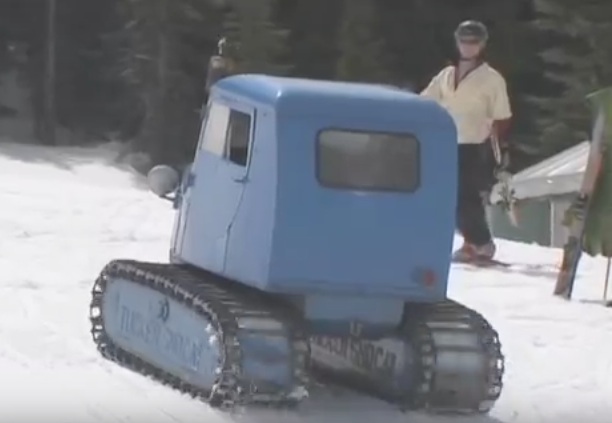 The Sno-Kitten was a dual-pontoon design of the larger four-pontoon Tucker Sno-Cat and it is believed that only 110 of them were built between 1957 and 1962. Weighing in at a surprisingly light 1,575 pounds, the Sno-Kitten’s Ford Anglia inline-four engine, good for up to thirty-two horsepower, sounds outclassed but the gearing down that was necessary to drive the sprockets makes up for the horsepower deficit. Three forward gears and one reverse gear allow the Sno-Kitten to move out…but don’t expect it to be speedy. While there is no locatable top speed information for the Sno-Kitten, the early-model steel tracked Sno-Cats of the same vintage would do 11 miles an hour in top speed, with the engine singing along at 3,000 RPM.

With 110 built and a number of those exported to Russia, seeing a Sno-Kitten is like finding Bigfoot. Nowadays, the most likely way you will see a Sno-Kitten is to attend the Snow Cat Jamboree, held in Leavenworth, Washington towards the end of every January.

Unhinged: The First Day Of Drag Racing At Beech Bend - Spring Has Officially Arrived In Kentucky This Mini vs. Alfa Romeo Last Lap Battle From Goodwood Is Road Racing Perfection All The Way To The Checkered Flag!