Awesome Old Junk Gallery: The Trucks and Buses On Display Outside At The Seashore Trolley Museum In Maine 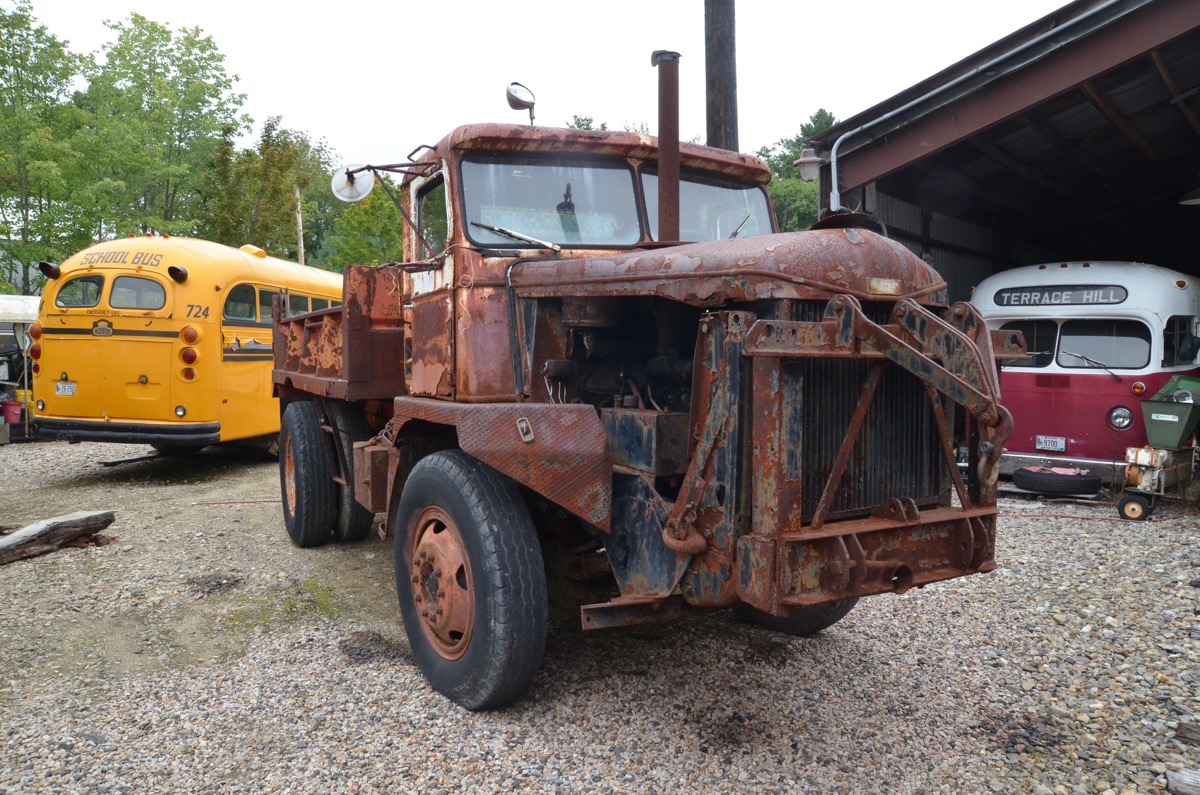 (Words and photos by Greg Rourke) – While the main reason for our recent visit to Maine was for the trolleys at the Seashore Trolley Museum, I was pleasantly surprised at the other collections on the property.

By “collections” I mean “many many buses and trucks”, as well as assorted piles of engines, tires, and railroad rail. A few of the buses were in restored and operable condition, but most were in as donated condition. Some appeared suitable only as storage for smaller parts, but the museum accepts almost anything donated to them as one never knews what parts might be needed. It was what most of us would have if we had the space and lack of neighbors looking up municipal codes.
They had a number of electric trolley buses that ran on overhead wires. A few of the articulated buses big cities used were there. A Fageol was present, they were the first company to build purpose built buses rather than using a truck chassis. Many GM “Fishbowl” buses parked everywhere.   Even seen a tandem axle school bus? Neither had I until now. Three Walter Snow Fighter trucks were there, resting after what appeared to be very hard lives. And…two Divco milk trucks!
Again, the Seashore Trolley Museum is a worthwhile trip to make.