Service Call Fee Isn’t For Debate: Watch This Off-Road Wrecker Save A Couple Of Rigs In Need 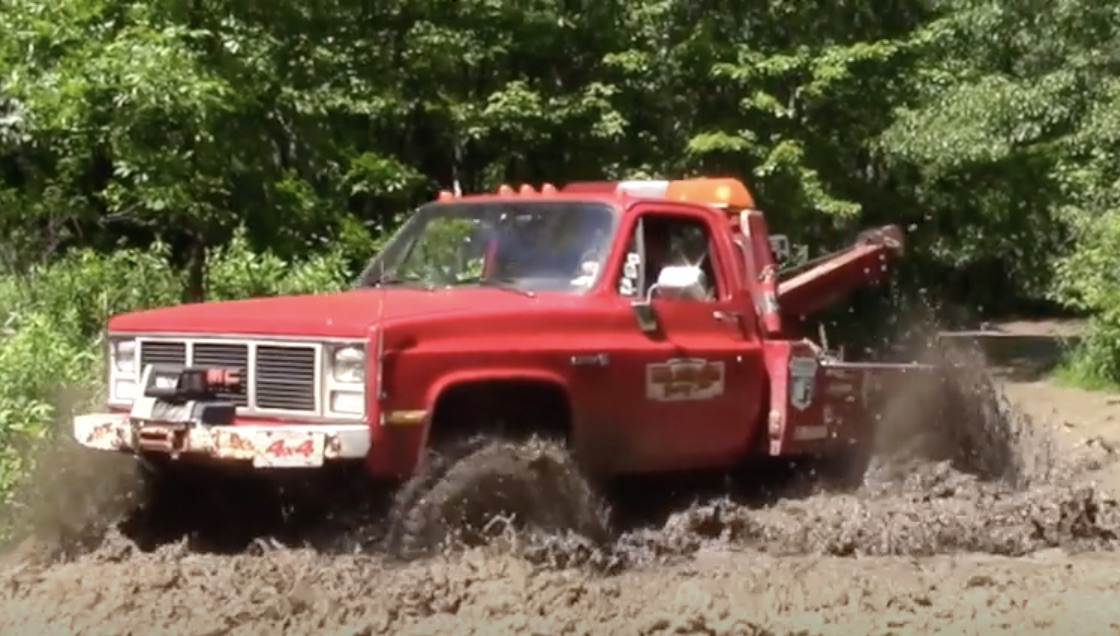 It’s bad enough when you have to call in a tow truck to come save your ass. Is there anything more scathing to your pride that some smug dude hopping out of a truck knowing that even if you’re some six-foot-five bar brawler who spends his mornings chewing coffee grinds before he heads out the door, you’re currently looking at him like he’s your guardian angel, grease stained jeans, cheap sunglasses and all. And as you’re riding next to him in the truck, you stare out the window into the mirror, where what was your pride and joy is now hanging there…like some animal that’s about to be skinned and cut into tasty vittles. I’ve been there a time or two, but by far the most embarrassing encounter happened in 2012. After Haley met the SuperBeater Mirada for the first time, she made it fairly clear that my loveable $600 Dodge was not going to be the car she would see Western Washington in during a visit to see me while I was working an internship. That being understood, I wound up renting a Volkswagen Jetta for a week. During a trip out to Ocean Shores, Washington, I thought it’d be a neat idea to drive down the beach. They are state highways…25 MPH and don’t hit anybody, and you’re good. I’ve done it several times, and have ridden with others many more. But the day I drove this Jetta out to the beach, the damn thing gets out maybe 500 yards from the beach entrance and proceeds to dig in like a freaking echidna, sinking all the way to the subframe. Had to pay for a guy in a lifted bullnose Ford to come out and rip the little red Skittle out of the sand. Embarassing.

Now imagine you’re much farther off the road, and you’re screwed with a capital F. Maybe you broke something. Maybe your buddies, thinking it’d be a laugh, ditched your ass when you sank up to the hubs. Who the hell do you call then? Well, somebody like this gentleman would be my first suggestion. Wielding a GMC K35 wrecker as his tool to get you back to civilization, this is the hero you need. And it’s the truck that Lohnes has heart palpitations for.

Rough Start: Everybody Needs A Mullet-Tastic Third-Gen Camaro In Their Lives! Why Do Nitrous Pro Mods Make Header Flames? Why Do They Blow Up? Let Rickie Smith And Shannon Jenkins Tell You!

2 thoughts on “Service Call Fee Isn’t For Debate: Watch This Off-Road Wrecker Save A Couple Of Rigs In Need”