Sikorsky Helicopters recently completed the first ground run tests of it’s S-97 Raider compound helicopter. The Raider is the latest form of Sikorsky’s X2 test program, which used a nearly-identical rotor and propeller combination to push it to a 250kt (290 mph) air speed, which is about fifty miles an hour faster than the fastest conventional helicopter, a modified Westland Lynx. 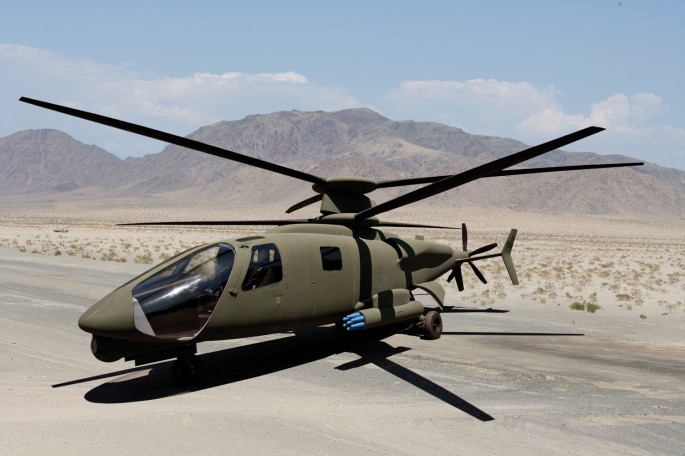 The counter-rotating rotors solve the problem that’s created when a helicopter’s rotor system exceeds the sound barrier. In a single-rotor system, once the blade passes Mach, the shockwaves induce flight characteristics that would scare the absolute hell out of the most jaded pilot. With the S-97, the propellor out back not only functions like a tail rotor on a conventional helicopter, but at speed it becomes a pusher prop and the main rotors can be slowed down to a safer speed.

Originally designed to take the place of the recently retired OH-58D Kiowa Warrior, the S-97 is being pitched as a development phase of a joint project between Sikorsky and Boeing that has been dubbed the “SB-1 Defiant” as part of the Armed Forces’ Future Vertical Lift program, which aims to create four distinct classes of aircraft that have parts commonality between airframes.