Mar 17, 2014Brian LohnesBangShift XL, XL VideosComments Off on The Mint 400 Was Last Weekend And This Video Is Proof Of Its Coolness 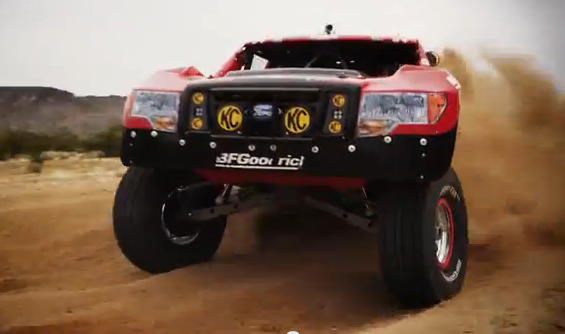 The 2014 Mint 400 was contested just days ago in Jean, Nevada. Since the late 1960s, racers have been showing up to Nevada with trucks, buggies, and Jeeps to battle in this race of races through the desert. Originally, the event was designed to be a “point to point” style race where competitors started in one place and ended in an other but the format has changed and now the event is held on a 100-mile long course. The event is billed as the most prestigious off road race in the world and since we’re  not really at liberty to disagree, we’ll go along with it. The race has also been billed as the largest off road race of all time due to the number of entrants that were involved.

While we know the event ended yesterday, we have been unable to find results for the 2014 Mint 400, but we did find this super flipping awesome qualify video that shows major hitters like Robby Gordon and Travis Pastrana getting ready to make their qualifying hot lap before the race. We have been searching high and low for race finishing results and suspect that they will be released today, so we’ll have them when they are launched. As this video is a qualifying highlight reel, we don’t have a whole lot of other information other than to note that the trucks pictured are so awesome the only way they could be better is if we owned or were actually driving one. Slow motion makes everything cooler and this video has plenty of it. Check out the suspension articulation on the trucks and the slinging dirt and rocks. It really is neat.

The Mint 400 is one of the cool spectacles in off road racing. Being that the race starts in the Vegas area, trucks are paraded down the city streets, there are parties all over the place, and subtlety isn’t part of the game. Some of these guys can run their mouths pretty well but they run the trucks better!